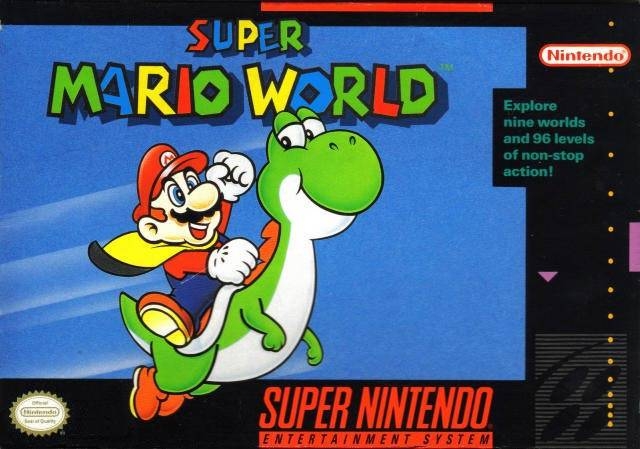 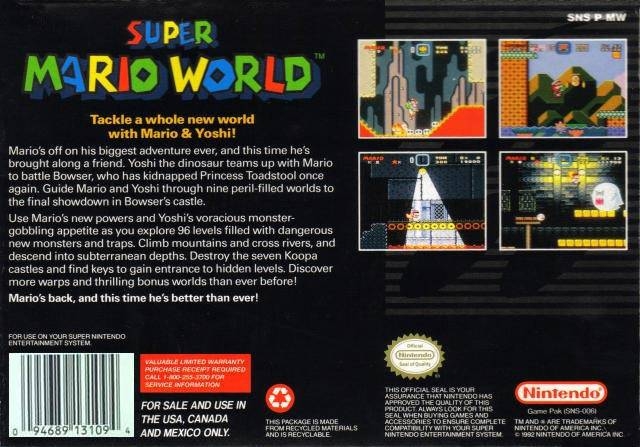 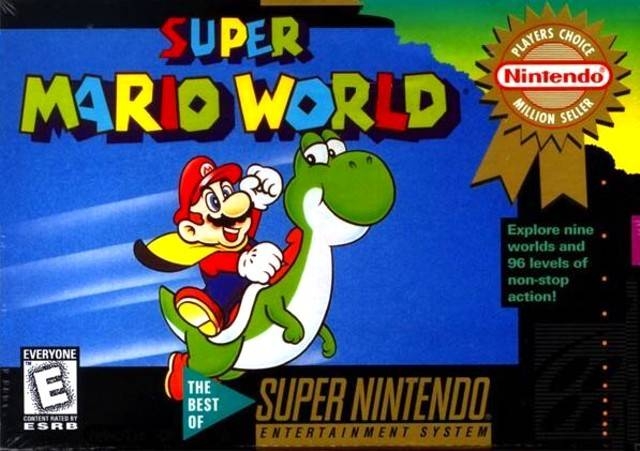 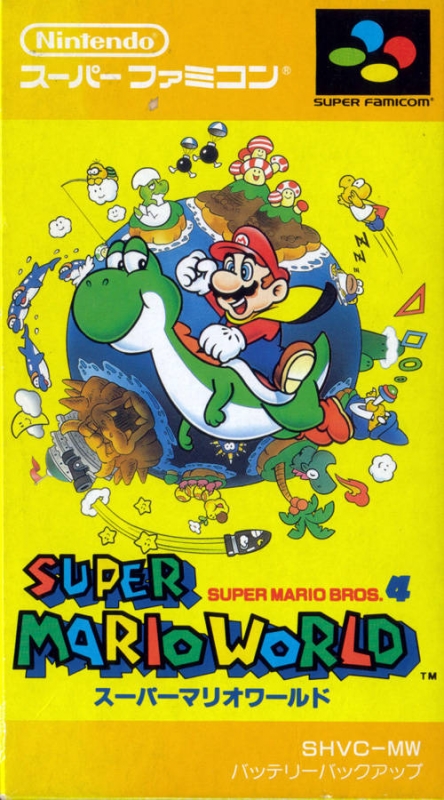 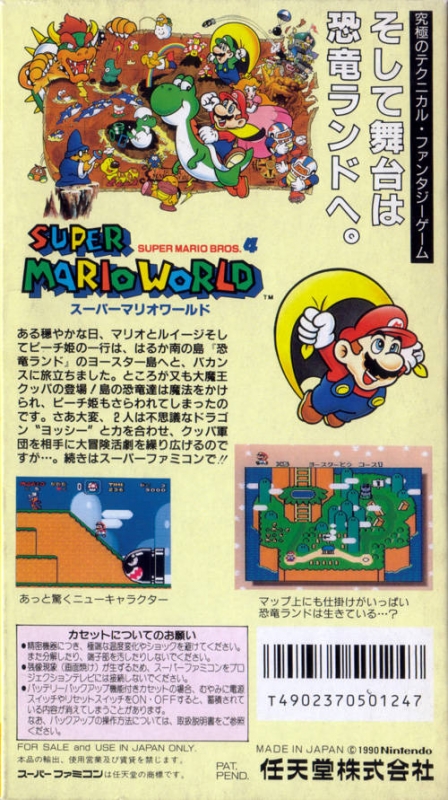 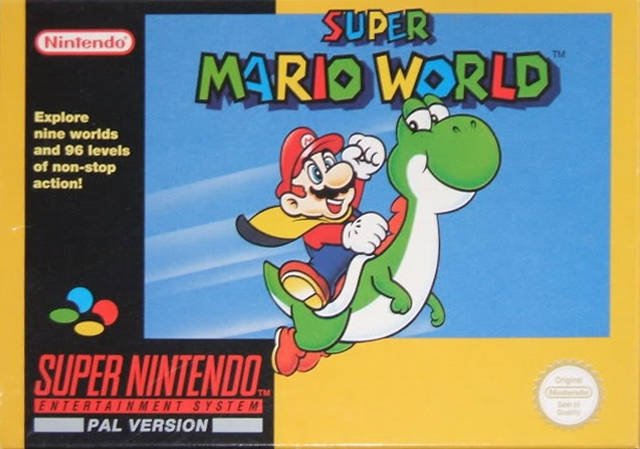 During a vacation in Dinosaur Land, Princess Toadstool gets kidnapped and a spell is cast on the inhabitants of the island. When they stumble upon Yoshi™, a young dinosaur, Mario™ and Luigi learn that Bowser is responsible for the terrible misdeeds. Now, all Yoshis are trapped in magical eggs that Bowser has hidden throughout seven castles. Many hidden paths aid Mario in making his way to Bowser's castle, completing 74 areas and finding all 96 exits. Discover items, including a feather that gives Mario a cape that allows him to fly, or a flower that shoots fireballs in layers upon layers of 2-D scrolling landscapes. Players can even ride Yoshi and swallow their enemies.