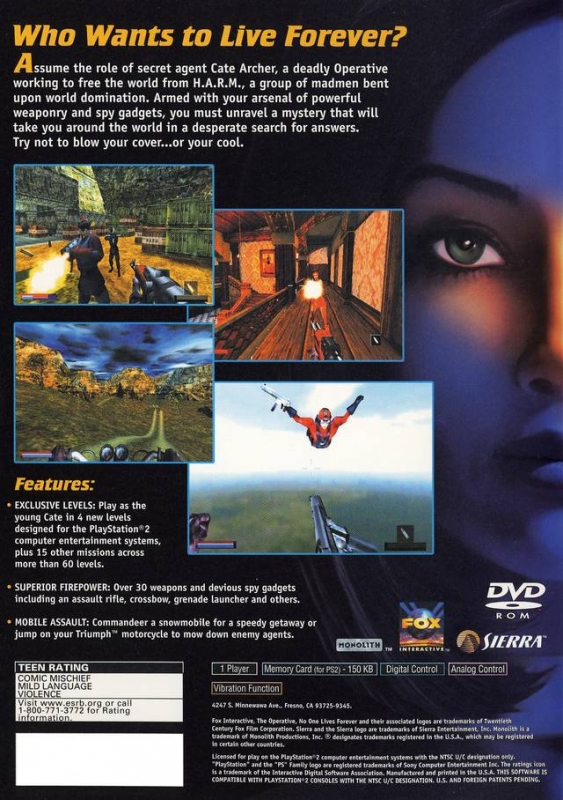 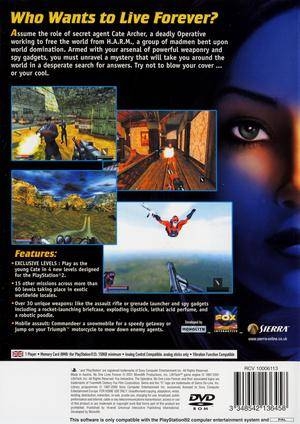 The Operative: No One Lives Forever (PS2)

Travel across the globe in this award winning action shooter set in the swinging sixties. Your Mission: Assume the role of Cate Archer, a beautiful but deadly Operative working for UNITY - a super secret organization fighting to free the world from the clutches of H.A.R.M. From tense subterfuge to in-your-face combat, NOLF ups the ante for plot-driven, 1960's-influenced spy action with killer weapons, vivid international locales and deadly arch villains. Equipped with an arsenal of powerful weapons and ingenious gadgets, you must unravel a mystery that will lead you halfway around the world in a desperate search for answers. Includes four new levels featuring Cate in her younger days as a thief.