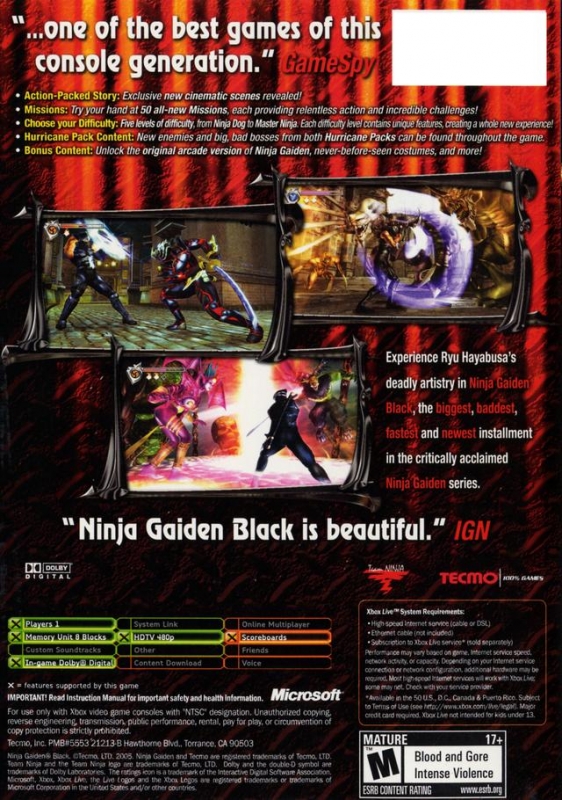 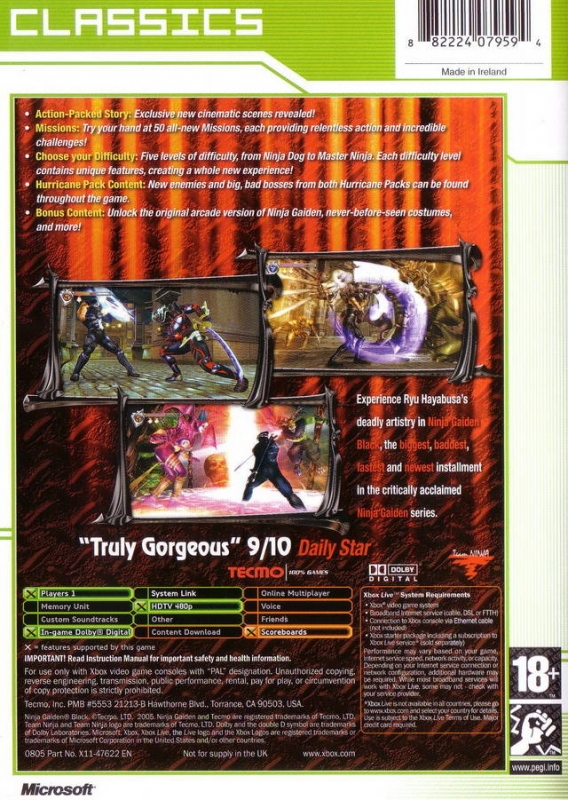 An amazing action game where you fight as a Ninja against enemies of many types, from normal ninjas to soldiers to monsters. The combat is very intense and challenging throughout the game, right from the very start. One of the best looking Xbox games, with graphics that are sure to impress anyone.

The controls are spot on with some of the best action combat in any game, the high paced movement and action involves facing enemies that really tear you to shreds if you are not careful. Compared to the enemies of other action games that just sit there and watch you, this game pushes your gaming skills to the max with each enemy able to take you down. While normal enemies are challenging, some bosses are downright insane, but it makes the game all the more enjoyable to beat.

The story is centered around Ryu Hayabusa recovering the Dark Dragon Blade from those who stole it from his family lineage. The sword is essentially a superweapon and whoever has it can do much damage to the world. It's a fairly simple story and the focus is really on the gameplay and action rather than the story behind it.

More content was added in the form of Hurricane packs and some tweaking of the game was done in the remake 'Black' version of the game.