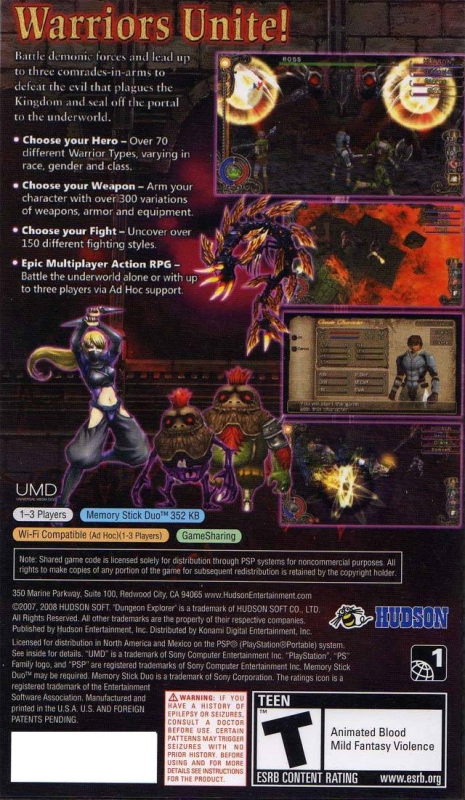 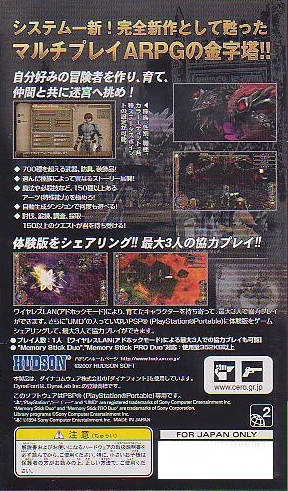 You are a Warrior of Ancient Arts, trained in the ways of mystical forces and weapons. Prepare to battle demonic forces and seal the gateway from which they have come. Lead up to 3 comrades-in-arms via single player or Ad-Hoc Multiplayer mode to defeat the evil that plagues the land and seal off the Great Labyrinth from which these creatures spawn.