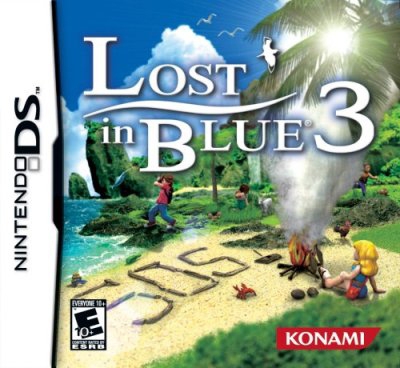 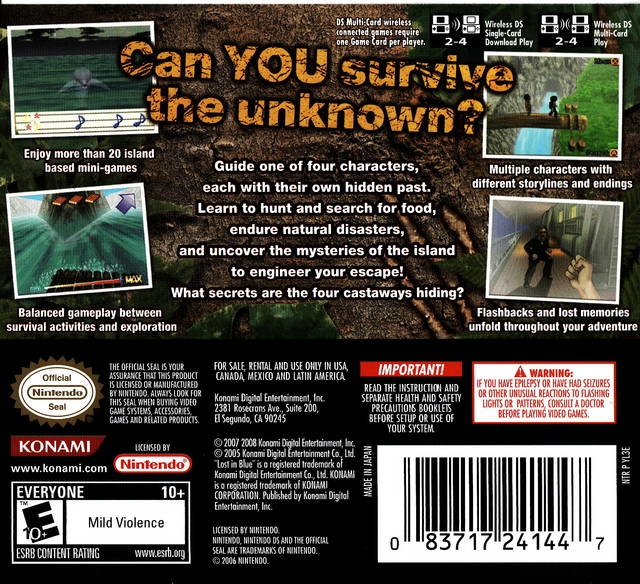 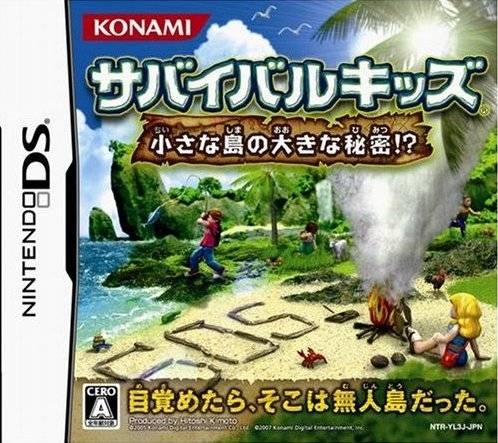 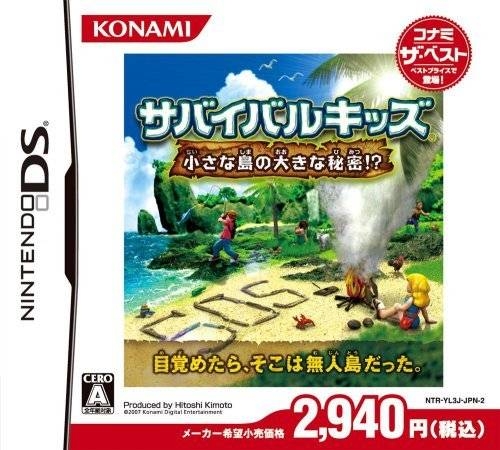 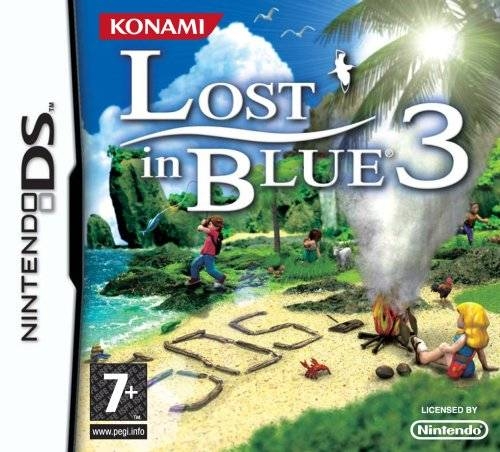 Lost in Blue 3 marks the return of the original “survival adventure” game for the Nintendo DS™. Guide one of four playable characters, each with their own hidden past and unique strengths, through exotic locales on a mysterious island while surviving the elements to stay alive. Work alone or cooperatively with other characters to gather food, explore the island, and hunt dangerous wildlife. Use a character’s abilities to dictate which path you’ll take to uncover the mysteries of the island and ultimately engineer your escape!