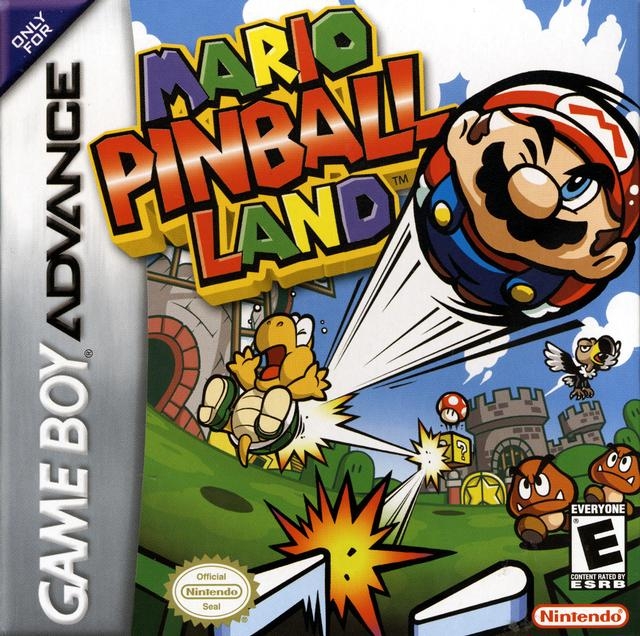 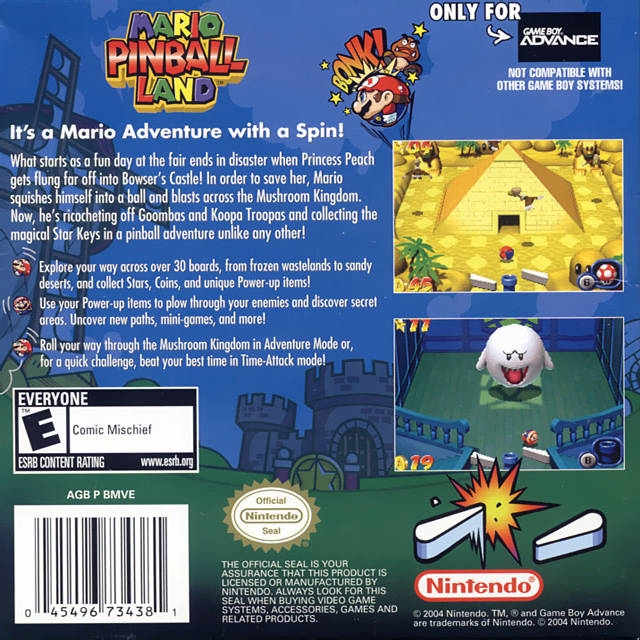 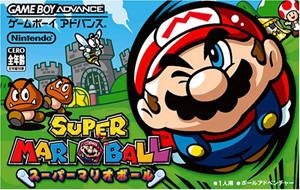 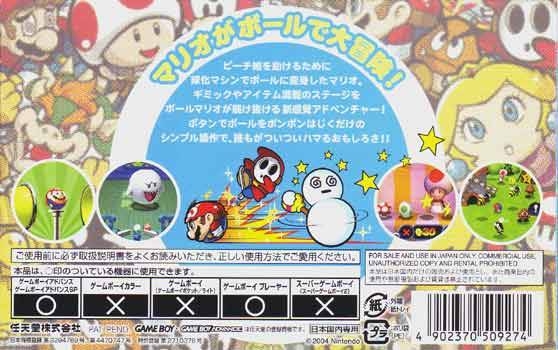 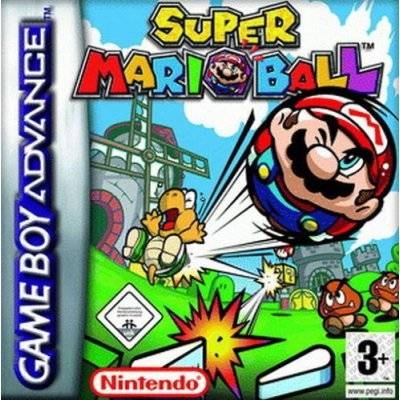 When Bowser kidnaps Peach and escapes to another dimension, a scientist uses his Spherifier to transform Mario into a ball and fires him after the fiend with his Super Cannon!

Gameplay:
It's just a pinball game, right? Hardly. It's a flipping adventure. Mario rolls through different worlds. Instead of performing his signature jump on enemies, Mario just steamrolls them in ball form.

In some levels, Mario can roll through special openings to face a boss character or pick up bonuses. Every time you knock out a bad guy, it leaves behind a coin. With those coins, you earn points. Toad also appears occasionally and hosts a shop where you can buy items. Buying an extra pipe is nice in times of need, or maybe you'd rather have the mushroom to transform into a super Mario ball.

Mario can also earn other bonuses. Once you defeat enough opponents, a question mark sometimes appears in the middle of the level. Once Mario rolls into it, bonus items appear in a box. Press the A Button to win the item that appears in the box, like an extra pipe to keep Mario from rolling past the flippers. The item can even be something bad, such as a reduction in points.

The controls are very, very simple. You just control the flippers at the bottom of the screen. However, the gameplay is so addictive that it's tough to stop once you get on a roll.
Features: