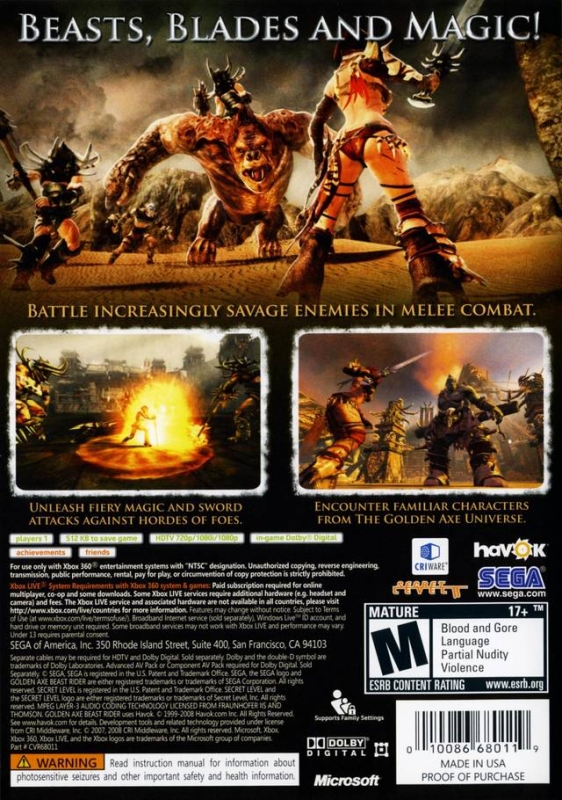 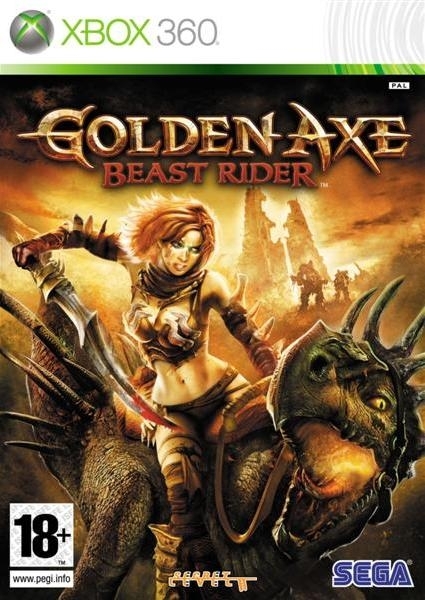 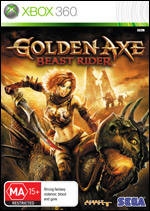 One of SEGA's most popular franchises storms onto the PLAYSTATION®3 computer entertainment system and the Xbox 360™ video game and entertainment system. As the unstoppable Tyris Flare, players will engage in vicious melee combat both on foot and atop massive mythical beasts, savaging enemies with blades and magic on a quest for vengeance. This highly-anticipated re-imagination is guaranteed to leave the fans reeling with incredible graphics and never-before-seen character skills and abilities.