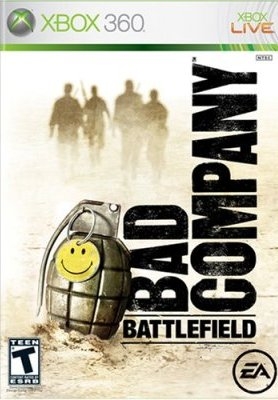 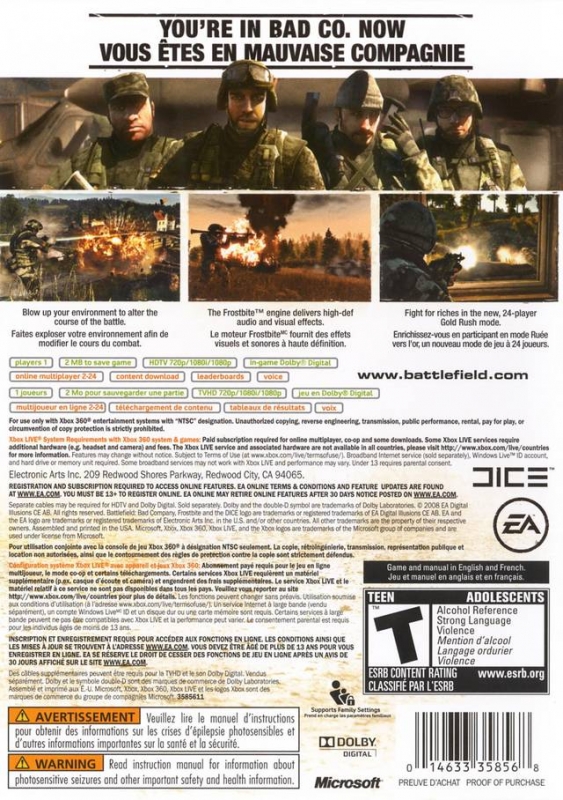 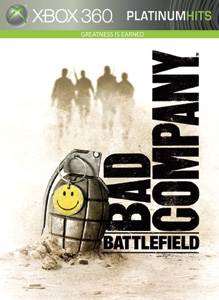 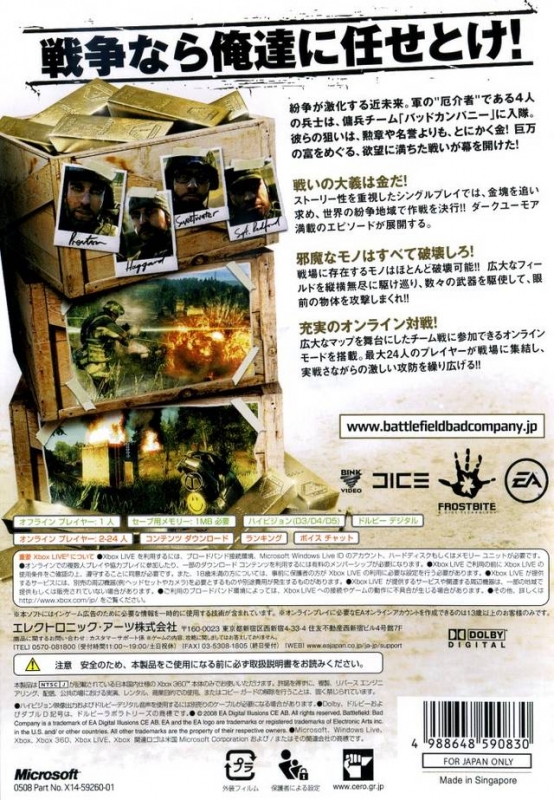 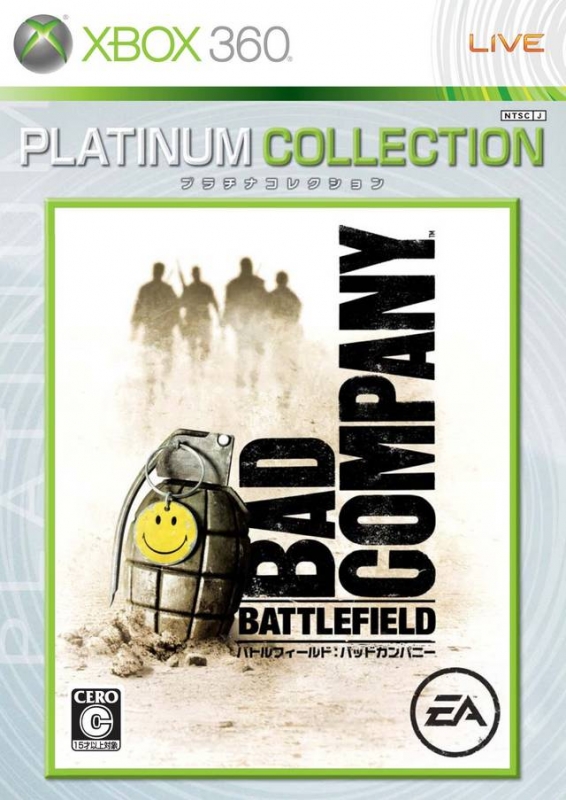 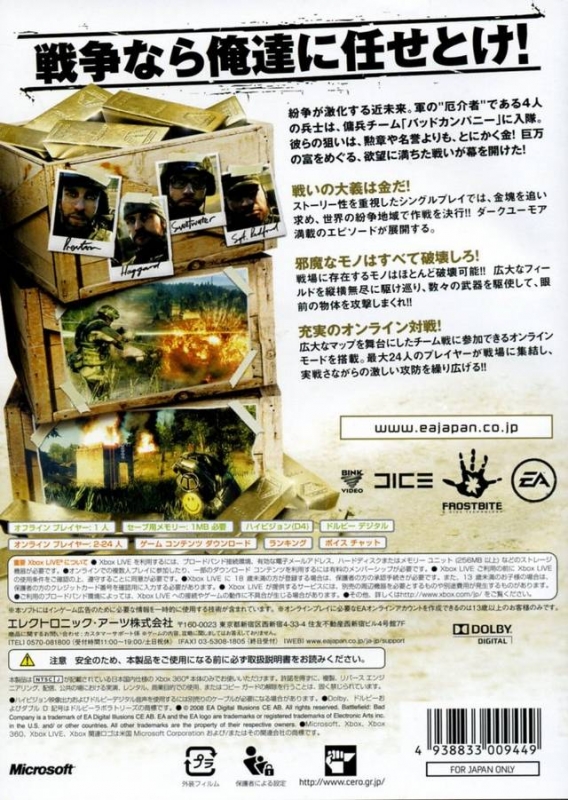 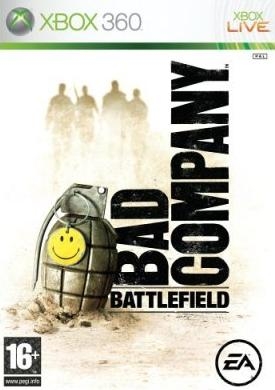 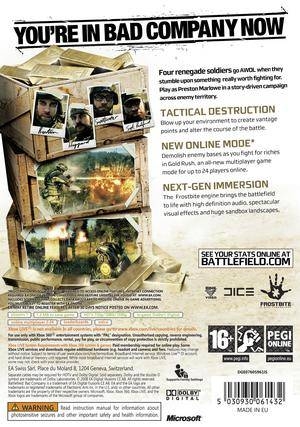 Set in the near future, the Battlefield: Bad Company single-player campaign drops gamers into a dramatic Eurasian conflict. As part of a squad of four soldiers, players risk it all to go AWOL on a personal quest, fighting their own war within the war. Featuring a dramatic storyline flavored with attitude, Battlefield: Bad Company leads gamers far from the traditional frontlines on a wild ride with a group of renegade soldiers who decide that sometimes the gratitude of a nation just isn't enough.

The Battlefield: Bad Company cinematic single-player experience captures the freedom and intensity of the videogame's legendary multiplayer sandbox gameplay in a dynamic world where nearly everything is destructible. Gamers have total freedom to be daring and innovative, adapting to and tackling challenges in unexpected "Battlefield-style" ways. Create sniping positions by blowing out a piece of a wall or drive your tank straight through a small house. The ever-changing battlefield forces players, their teammates and enemies to react accordingly.