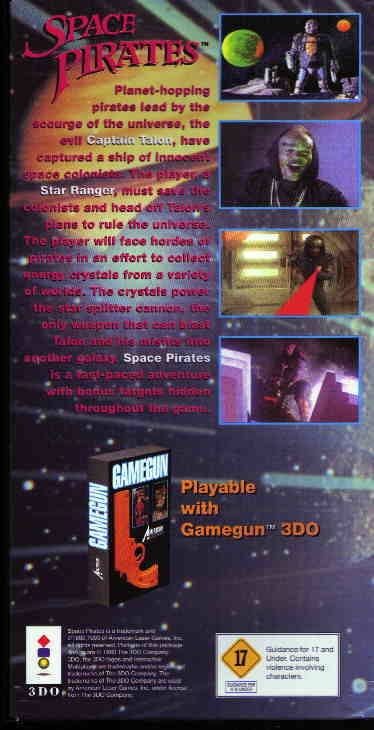 Planet-hopping pirates led by the scourge of the universe, the evil Captain Talon, have captured a ship of innocent space colonists. The player's Star Ranger must save the colonists and head off Talon's plans to rule the universe. The player will face hordes of pirates in an effort to collect energy crystals from a variety of worlds. The crystals power the star splitter cannon, the only weapon that can blast Talon and his misfits into another galaxy.