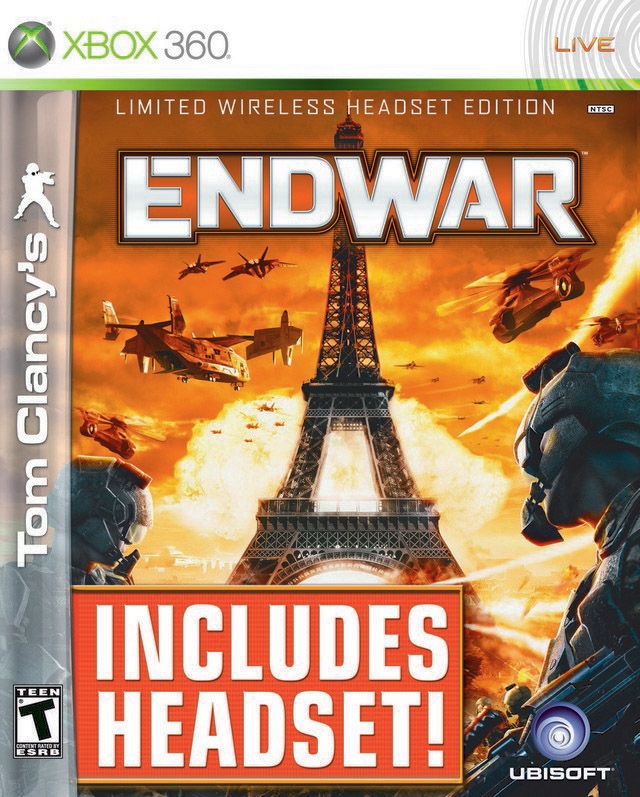 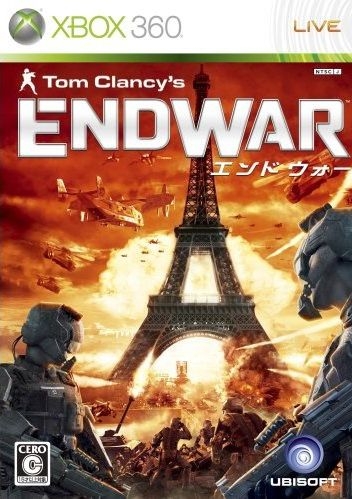 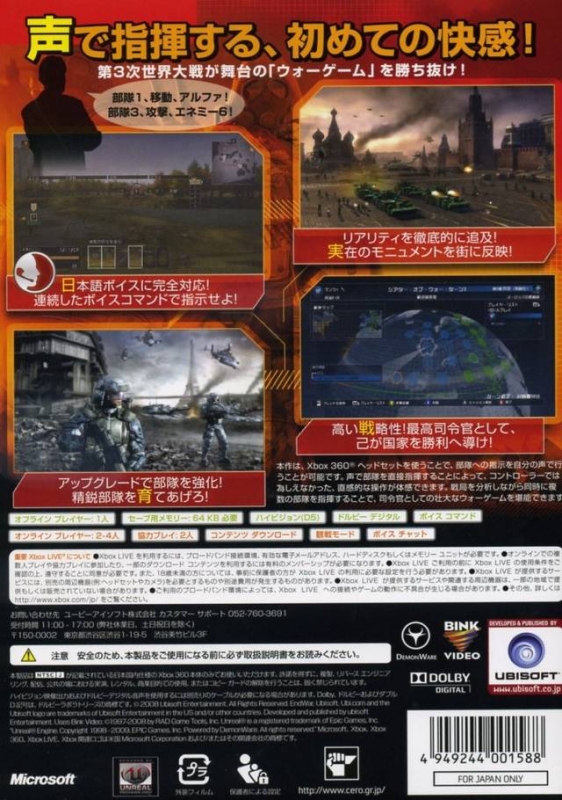 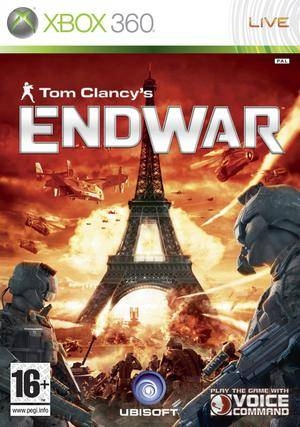 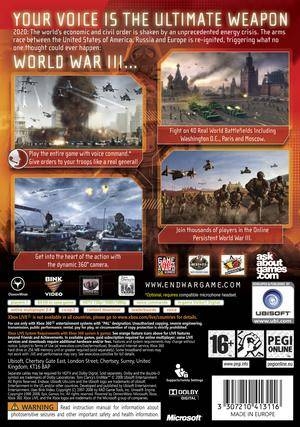 2011 - 2014. The world enjoys an unprecedented era of peace as enhanced defense technology eliminates the threat of nuclear war. But can it last?

2020. Constant depletion of resources has international tensions at a breaking point. One spark will ignite what no one thought could happen….a third and final world war.

Introducing Tom Clancy’s EndWar, the first new Clancy I.P. since the highly acclaimed Tom Clancy’s Splinter Cell launched in 2002. EndWar will bring World War III to life in a way only Clancy can.

Strategy for the next generation
Led by creative director Michael de Plater (Rome Total War), EndWar will redefine strategy gaming. Designed exclusively for next-gen consoles EndWar will create a theatre of war, immersing you in the drama of World War III in a way you never thought possible.

Fight For Your Nation
Pick a side US, Europe, Russia - the fate of the world is in your hands. If you don’t step in to save your homeland, who will?

Command Your Army
Grow your army into the most powerful force on the planet. Your army is completely customizable, and experience breeds strength - your units grow more powerful with every campaign you fight.

Light Up The City of Lights
Tom Clancy’s World War III won’t be won by capturing remote deserts or grasslands but by striking countries in the heart. Paris, Moscow, Washington D.C. will all erupt in flames as you battle your way through the fully destructive playground.

A Whole New Kind of Massive
EndWar will be an online multiplayer experience unlike anything you’ve ever encountered. 16 player matchups? Try hundreds. 30 minute battles? Try persistent matchups lasting for months at a time. This isn’t a skirmish, it’s World War III.

Talk Your Way to Victory
Put the controller aside and start shouting commands. EndWar can be played almost entirely via voice command.