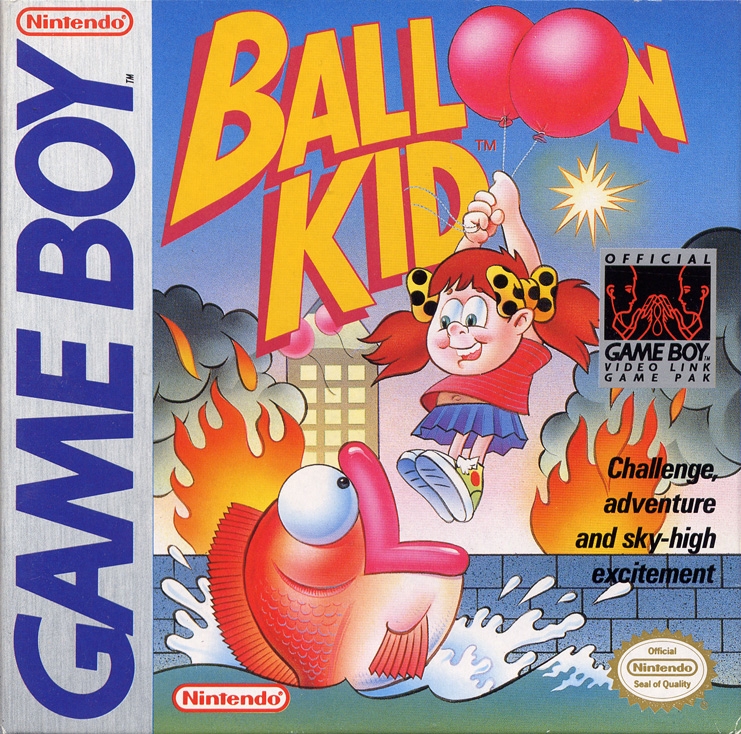 Balloon Kid is an Action game, developed by Pax Softonica and published by Nintendo, which was released in 1990.

You'll have to think light if you are going to travel the most unfriendly skies around. Nasty flying creatures will test your piloting skill, but don't go to low because even nastier enemies await you on the ground. Get extra bonuses by collecting all the balloons you can for a series of challenging test of skill.

Take a big gulp of courage and give Alice a hand as she searches for her missing brother.

Play alone or use your video link (TM) cable to race against a friend. Either way. Balloon kid will give you a lift.