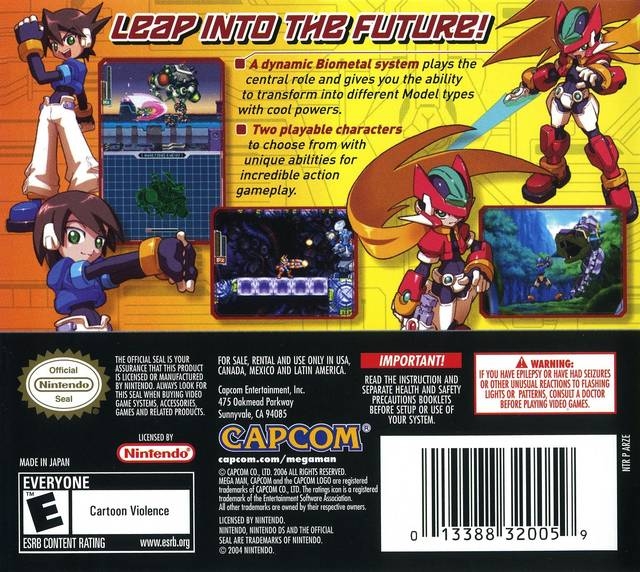 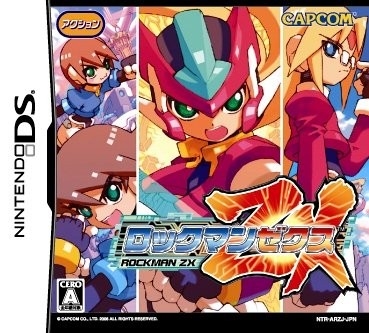 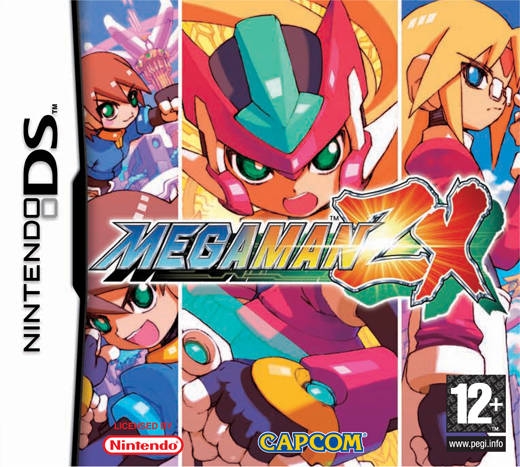 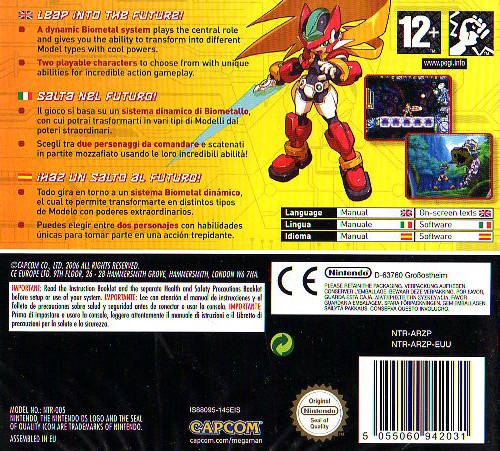 A world of transformations awaits in Mega Man ZX, an original new action game that joins the Mega Man universe.

A dynamic Biometal system plays the central role, offering players the ability to transform into different Model types, each with their own unique abilities and advantages. Utilizing new Models presents a variety of gameplay experiences, allowing players access to different powers and the ability to expand the game field, opening new and hidden areas for exploration.

In Mega Man ZX, hundreds of years have passed since the battles between humans and Reploids. After fierce wars between the two sides, peace was finally restored and the two groups were able to establish various cooperative nations within the Inner area of the universe. However, danger zones remained in the undeveloped Outer section where independently evolved robots, called Mavericks, began wreaking havoc.

A group called the Serpent Company scours the Outer universe to provide energy created from otherwise unattainable items to the Inner population and also serves to protect these peaceful nations from Maverick attacks over the years. On an excursion to the Outer region, they discover relics of ancient technologies in the ruins. These relics, called Biometals, are living, conscious materials, with records of information and weapon data from history housed within.

Players assume the role of either a human male character named Vent or his female counterpart, Aile, who are employees of the Girouette Express, a courier service that takes jobs transporting anything to anywhere. On a job accompanying their boss, Girouette, to transport a package containing Model X and Model Z Biometals, they are attacked by a mysterious group of Mavericks who seeks to take the material for themselves. During the scuffle, the Model X Biometal is absorbed into the main character, causing a transformation into Model X form while the Model Z Biometal fuses with Girouette. Facing innumerable enemies, Girouette lends his newfound power to his employee and the two substances combine to form Model ZX. With powerful abilities at their disposal, they must discover who the menacing enemies are and what they are ultimately after.

In Mega Man ZX, players traverse an open map structure as they face various foes in order to acquire Biometals. The crystallized Biometal data collects at the weak points of bosses, so only by defeating them will players acquire the necessary substances to transform into different Models. The specific powers of each type will help access previously inaccessible areas and progress through the game. Each Model type offers distinct abilities including the ability to break walls, burn enemies with fire, dash through water and more.