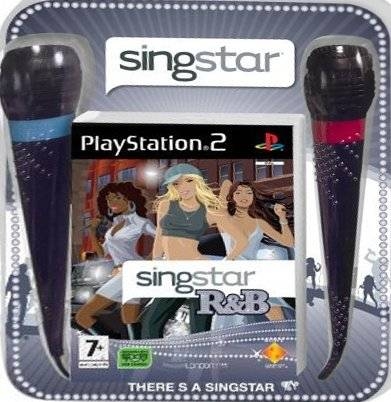 SingStar R&B is a great extension to the SingStar collection which retains the features that have made the series an enduring hit on PlayStation. SingStar R&B offers the best of R&B music with a mixture of modern day superstars plus well known Soul and Motown classics. Licensed tracks and videos from current artists such as Amy Winehouse and Black Eyed Peas, along with hits by megastars such as Diana Ross, Marvin Gaye, and Luther Vandross. All the familiar features such as Sing Solo, Battle, Duet and medleys can be found. You can also store up to 20 player names and photos on your Memory Card for party games. When setting up games, scrolling through the player profiles allows each team to pick players, letting you assign up to eight players to sing along when playing SingStar R&B.