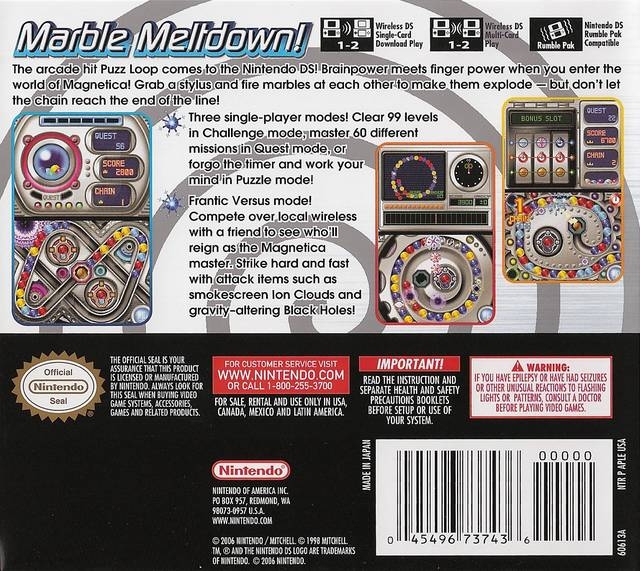 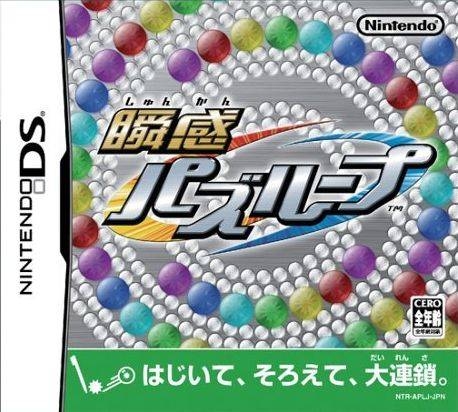 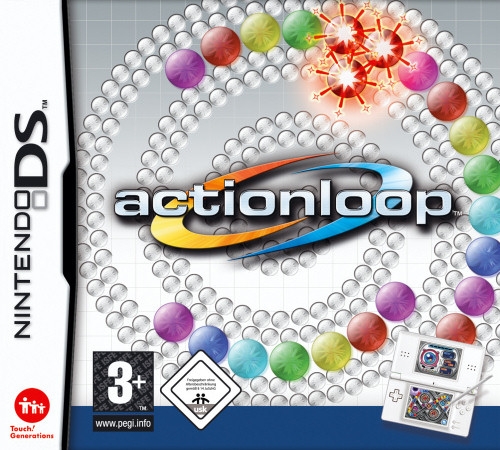 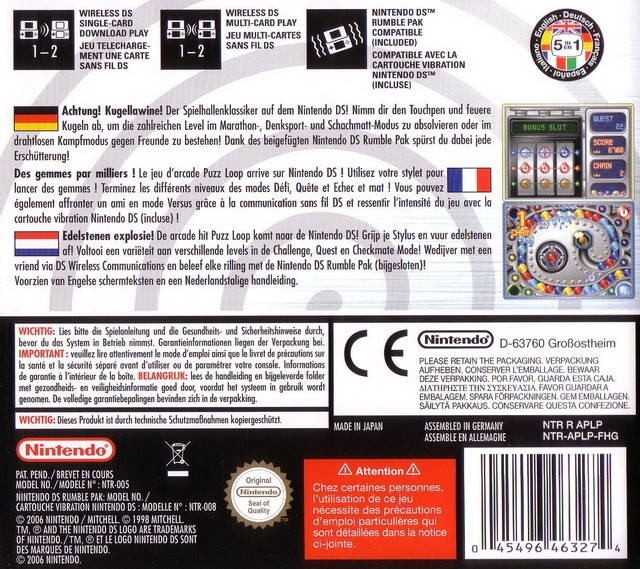 Marbles are exclusively controlled by the stylus in this fascinating title that satisfies even the strongest puzzle addiction.

Marbles are rolling relentlessly down a twisted track toward you. Stop them by launching new marbles with your stylus. When three or more like-colored marbles match up, they vanish. Tons of power-ups, multiple tracks and a great multiplayer mode make Magnetica a must for puzzle/action fans!

A seemingly endless array of fresh twists will keep drawing you back to single-player Magnetica. Switches, tracks that pass over or below each other, and moving barriers that deflect marbles will keep you flicking marbles for hours.

Single-player items boost your score, slow down or stop time, or reverse the course of the marbles. Versus weaponry includes Ion Clouds (smoke screens you'll have to blow away via the DS mic), Recoils (which block marbles), Black Holes (which suck up launched marbles), Viruses (which deflect marbles) and Gravitons (which alter the path of launched marbles).