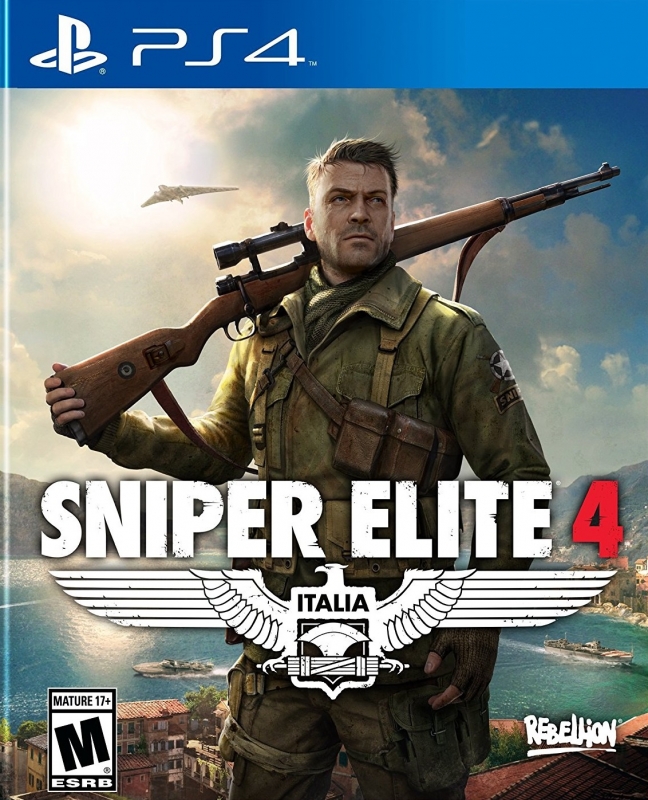 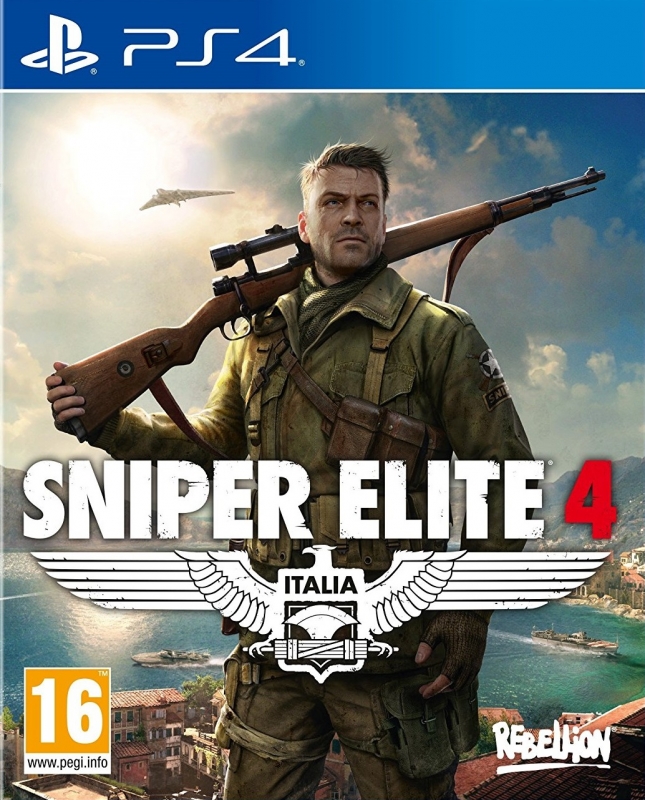 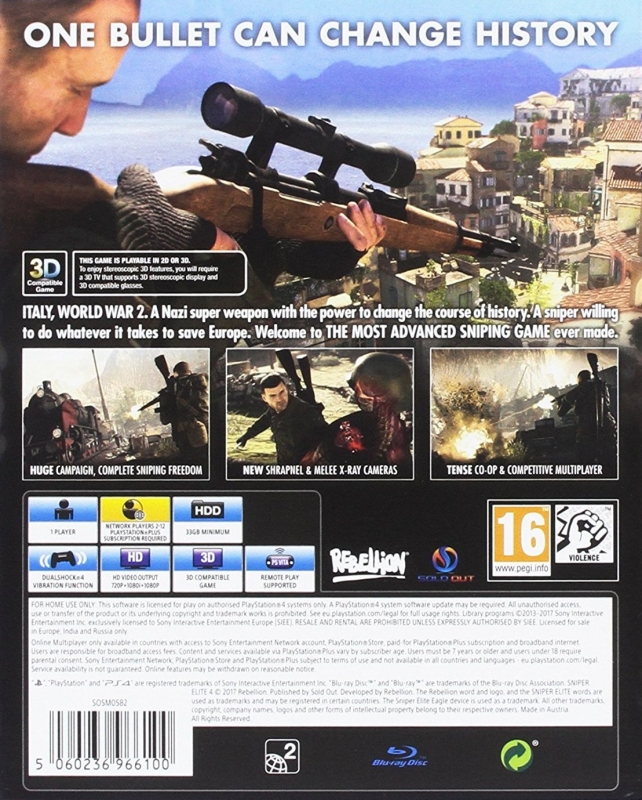 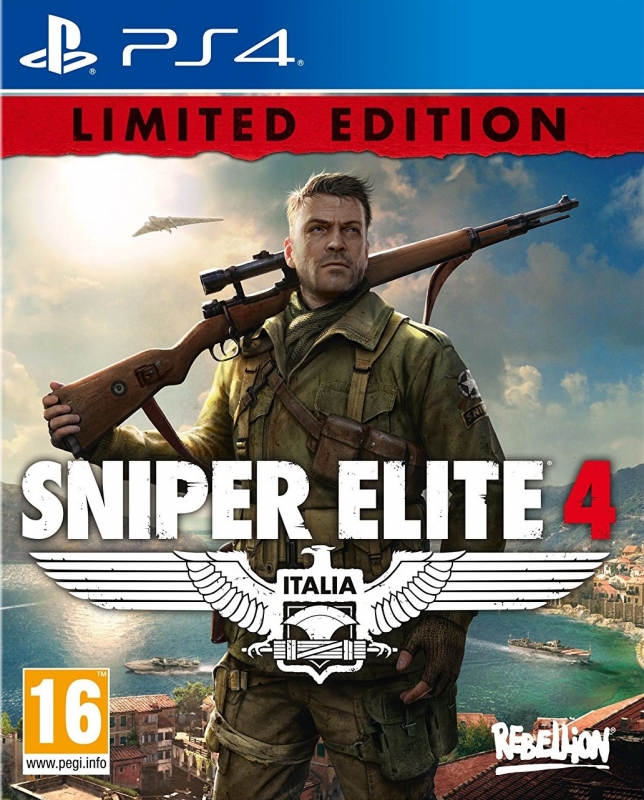 Sniper Elite 4 is the next game in the award-winning, chart-topping shooter series.

Covert agent and elite marksman Karl Fairburne must fight alongside the brave men and women of the Italian Resistance to help free their country from the yoke of Fascism, and defeat a terrifying new threat with the potential to halt the Allied fightback in Europe before it’s even begun.