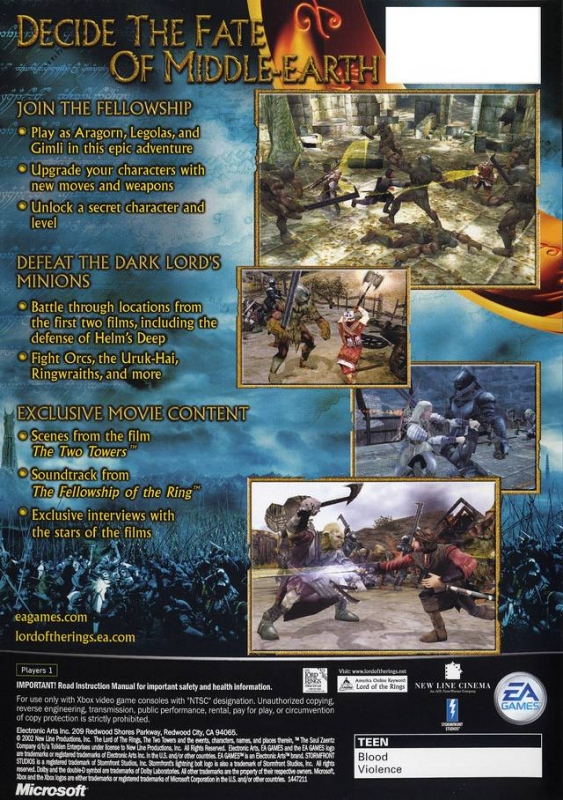 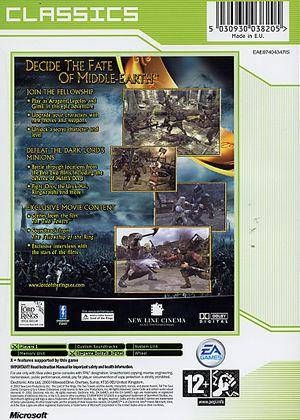 The Lord of the Rings: The Two Towers (XB)

Based on New Line Cinema's epic adaptation of J.R.R. Tolkien's classic fantasy novels, The Lord of the Rings™, The Two Towers™ video games will integrate cinema and gameplay to deliver an epic interactive experience. In the game, players will be able to relive the most memorable movie moments from the first two films, "The Fellowship of the Ring" and "The Two Towers".

EA's first The Lord of the Rings action adventure game will allow players to take control of the motion picture trilogy's action heroes: Aragorn, Legolas and Gimli, with other members of the Fellowship taking an active role during gameplay. In The Two Towers, players will battle a variety of Orcs and square off against vicious boss monsters including the Cave Troll and Saruman. A tactical gameplay system will encourage players to react quickly and be strategic with their selection of characters, weaponry and combat moves.

Environments from the movie

Face the evil forces of Sauron in nine environments from the movies, including the Mines of Moria and the walls of Helm's Deep.

Musical score taken from Academy Award-winning The Fellowship of the Ring.

Multiplayer modes allows for up to two-player gameplay via the GBA Link Cable (GBA only).