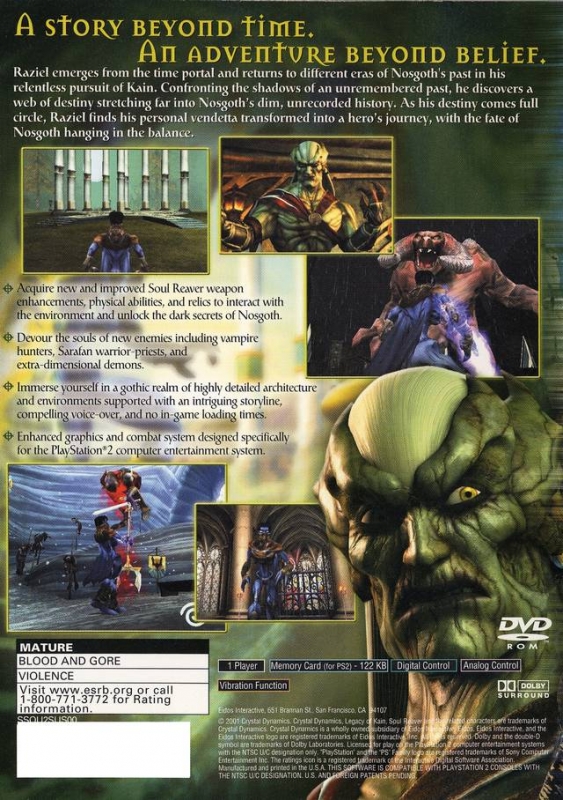 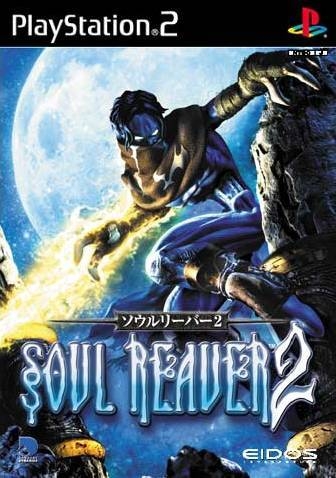 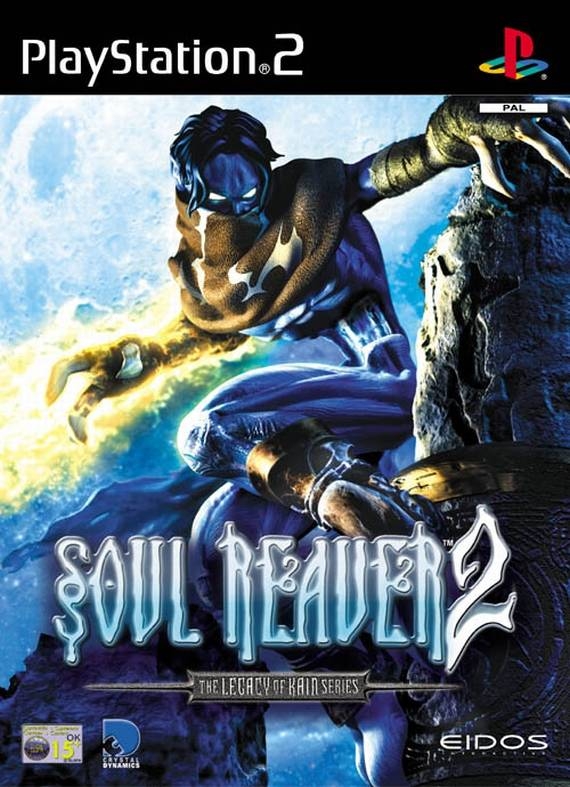 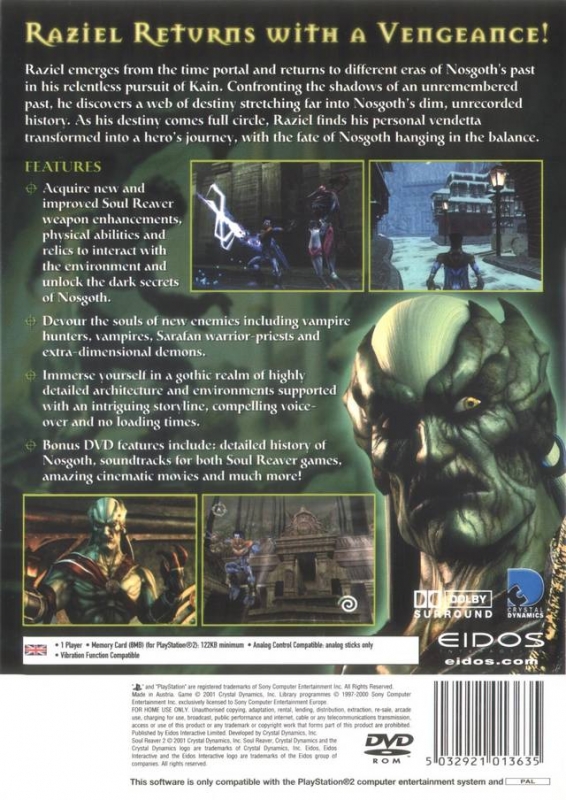 In this sequel to the critically acclaimed Legacy of Kain: Soul Reaver, reassume the role of Raziel, and travel back through the currents of time into various eras of Nosgoth's past in your relentless pursuit of Kain. Encounter new enemies as you unearth the mysteries of Nosgoth's ancient races, and expose the schemes behind the corruption of the Pillars, and the vampire genocide.