Microsoft announced it is has begun testing a new Xbox Game Pass offering for Xbox Insiders in Colombia and Ireland. 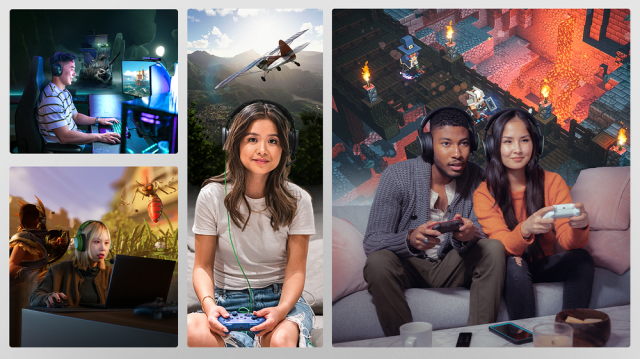 Read details on the new Xbox Game Pass offering via Xbox Wire below:

Things to know about this preview:

This is something I'm really looking forward... 5 Game Pass Ultimate subscriptions cost are piling up quickly when you have 4 kids ;-)

You are apparently exactly who this was designed for haha

Glad MS will save you some bucks

We always had just one Xbox. That way, you only have to buy Gold/Game Pass once, and everyone gets to play.

cdkeys com website is selling cheap gold atm 6 months for £12.99 if want to do the convert trick :) mines got a year left or i would stock up has to run out for it to work

So is this similar to like the family plan for the Switch?

I do not know anyone doing that. It would be also weird, all saves, achievements, etc and have to use the same Microsoft account; just very unpractical.
While they are probably people doing that anyway it is probably a very small minority because it would inconvenient as hell, I'm not sure where you are getting that "this is a thing" like people are doing that in general.

My cousin shares it with me and a bunch of our friends. I know others that do it too. It's simple, if you're in the middle of playing a game let them all know and get others to save a different file, this also doesn't affect achievements. Also there's many games on GP, not like we're all logging in to just play one game. Just like how people share Netflix account.

Ohh look at the negative thumbs im starting to get. Either these people are against sharing accounts (so they must also be shaming on those that share Netflix, Disney+ etc..), or huge MS fanboys, or just completely oblivious that sharing account is still a thing since Xbox360/PS3 days lol

Don't know about the negative thumbs (I did not). But if you say you are sharing I believe you :) I just find it way less relevant to share it because you need to share your Microsoft account; so while some are sharing (like you); I still believe it is really not a lot of people.
I cannot even imagine having someone else logging with my Microsoft account on another PC/Xbox. That would be really an issue for me anyway

Well my cousin is the one that's sharing, I have his info but I never used it cause I personally dont care for GP, and he shares with others. Most of the time when I play on GP its when I'm over at his place. I understand the situation that sharing isn't for everyone, especially because majority that creates accounts likes to keep things personal and ties them into their personal email. I never said it was relevant but sharing accounts does happen that's all.

In Brazil it is common to have people selling games with accounts (let's say a single game on an account) which is sold to either multiple people very cheap, like a rental, or few people so it is like 50% of original price of the game. And there are sales of GP access as well. Some people only want to play for cheap and don't care about the rest.

Maybe people are doing it in a way of disagreeing with the method because it's not really safe or smart to do. Also, not very common practice. I use one Xbox and account with GP with multiple accounts that can play when I'm not. But to use features like Xcloud, and playing on multiple devices, you need another account paying for Game Pass. This will fix that. It a much safer and easier method than what your cousin does.

I can assure you, in countries with less income account sharing is very common, not sure in USA and sure for a dedicated player like you it doesn't make sense (I don't share anymore as well, in the past I let some friends enjoy my PS+ and digital games, but it was to much hassle).

well maybe in those countries; I do not know. But for sure I do not know any of my friends that does that. I'm not sure to which extend this is really a big thing tho (compared to Netflix, etc.) cause really you have to share your Microsoft account as a whole; so I think it is rarer.

And sure there is a risk when you do this type of stuff.