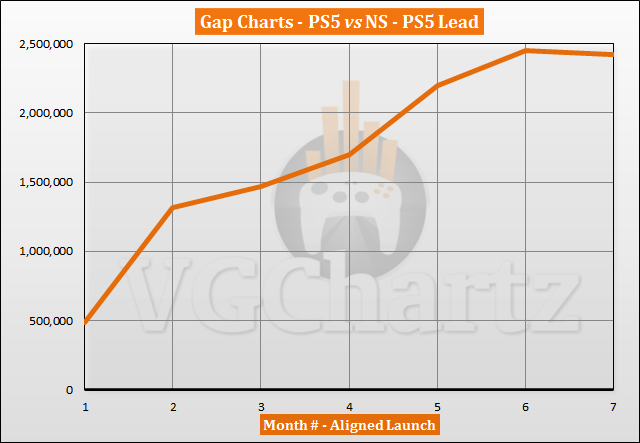 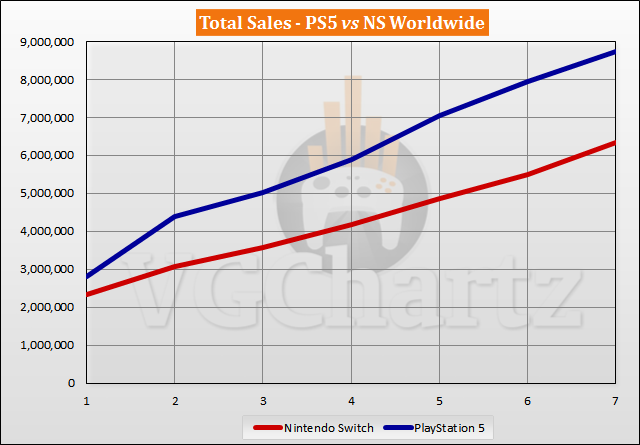 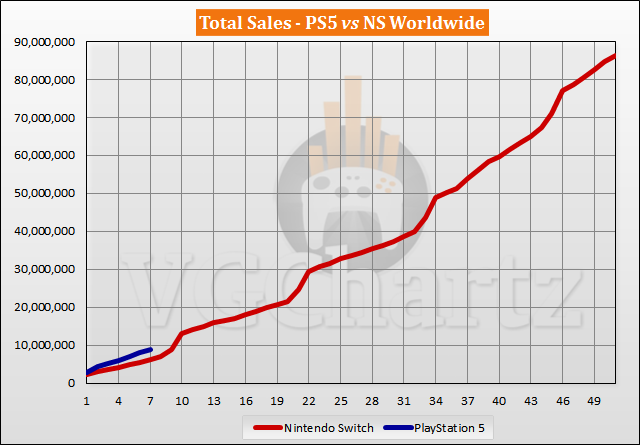 The Nintendo Switch did not reach current PlayStation 5 sales until month nine where it had sold 8.81 million units.

Switch started to get better supply around that time, and now they're pretty much even in sales. next months will be very interesting to say the least.

Everyone get ready for PS4 vs switch part 2.

What was the biggest the PS4 was ahead of Switch launch aligned?

Should be about 2.5M according to VGC.https://www.vgchartz.com/article/448863/switch-vs-ps4-sales-comparison-april-2021/

So somewhat similar to the PS5, although in the first year it looks like the lead of PS4 barely got bigger than 2M. So PS5 is doing slightly better. That all means, that Switch and PS5 will probably do a similar dance (or double helix) as Switch and PS4 did.