Resident Evil Village (PS4) has shot up from second to first place on the French charts in week 19, 2021, according to SELL.  The PS5 version drops from first to third place. 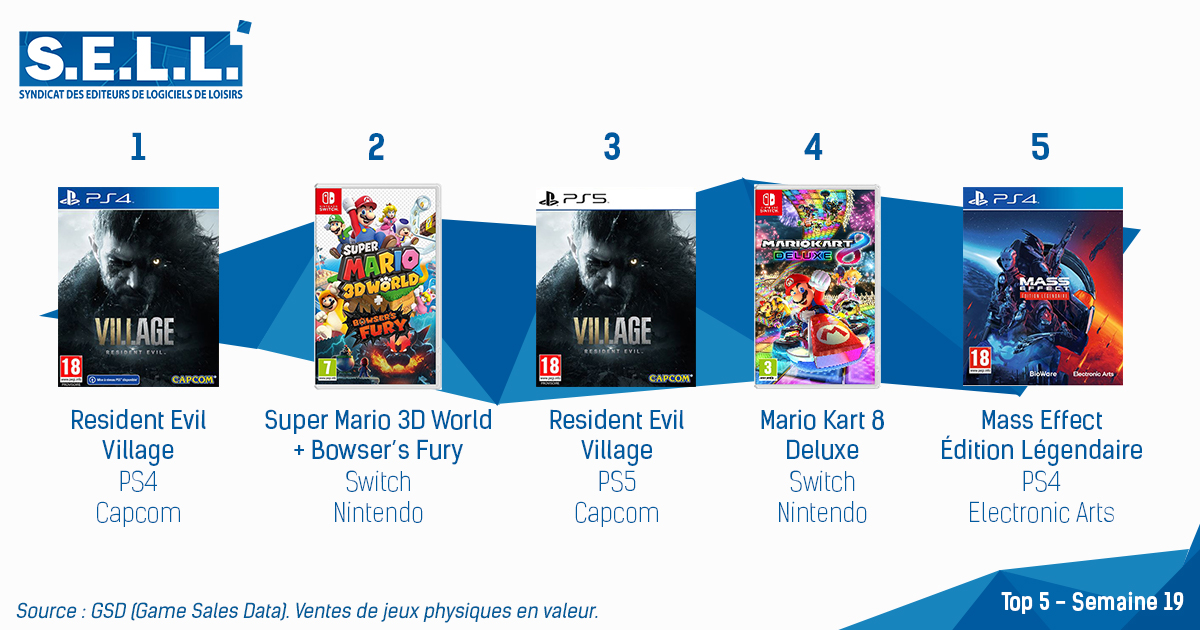