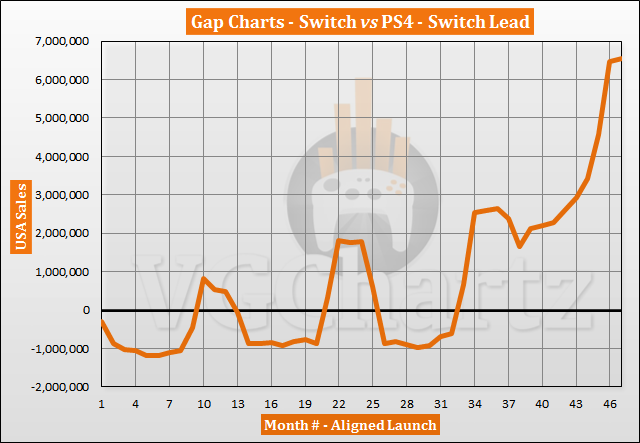 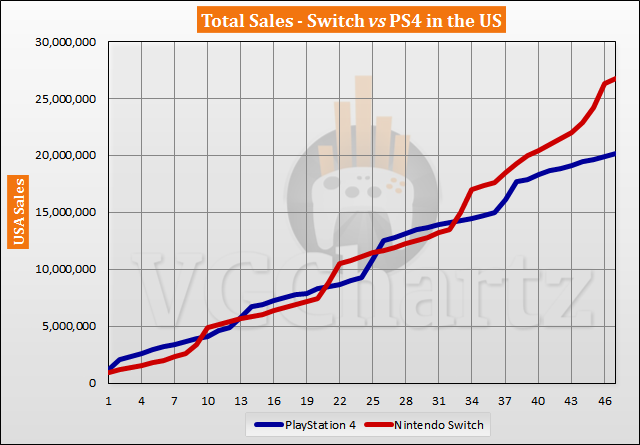 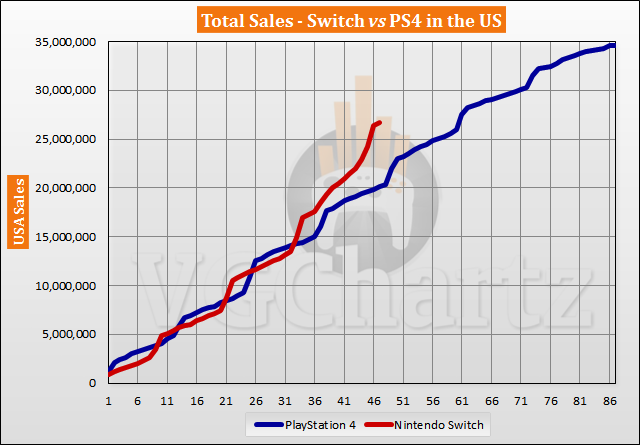 The 47th month on sale for the Switch is January 2021, while for the PS4 it is September 2017. The Switch has sold 26.72 million units, while the PS4 sold 20.16 million units during the same timeframe. The PS4 did not reach the current Switch sales until month 61 where it sold a total of 27.50 million units.

The PS4 has been available for 87 months in the US and has sold 34.61 million units. The Switch is currently 7.89 million units behind the lifetime sales of the PS4.

Last year switch sold 6.92 million on US. hope this year it sells 8 million so it can kick out ps4