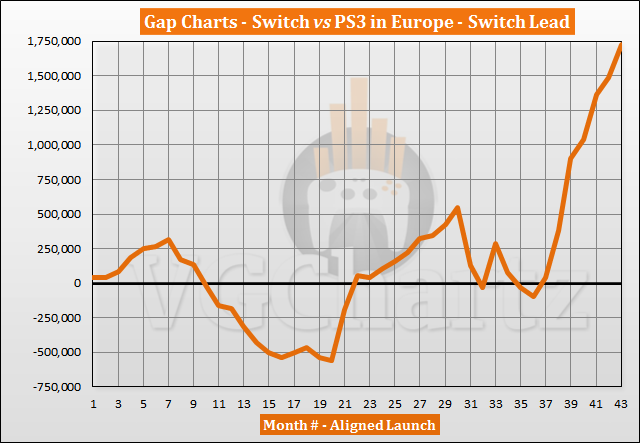 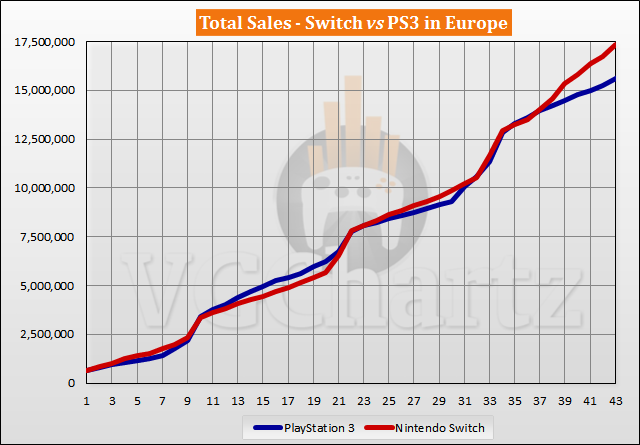 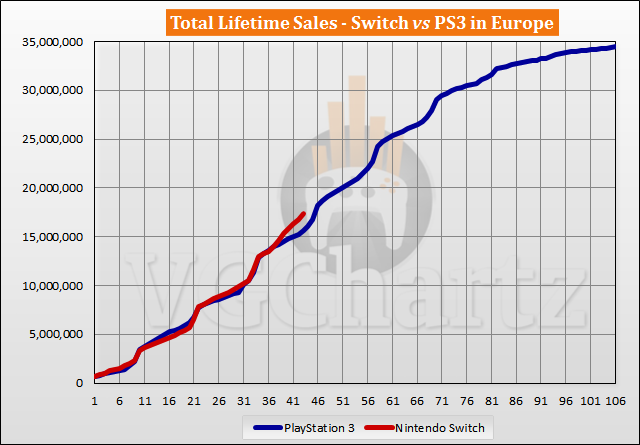 Europe is always a very interesting place for sales comparisons. THough at this point the gap is just going to keep widening.

I dont know about that, while the Switch will widen the gap for now it should get closer towards the end of the Switch's lifecycle since PS consoles usually have longer legs especially in Europe. However, its possible Switch will still win because Nintendo handhelds in Europe tend to be ultra-popular even with limited distribution in Eastern Europe in Nintendo's history.

Cool the Switch outsold a 2 generation old console in Europe.

The report ? The PS3 was successful in Europe and the Switch was even more successful