The Last of Us Part II Dominates the French Charts - Sales

The Last of Us Part II (PS4) has debuted in first place for another week on the French charts in week 25, 2020, according to SELL. The collector's edition and special edition debuted in third and fourth places, respectively. 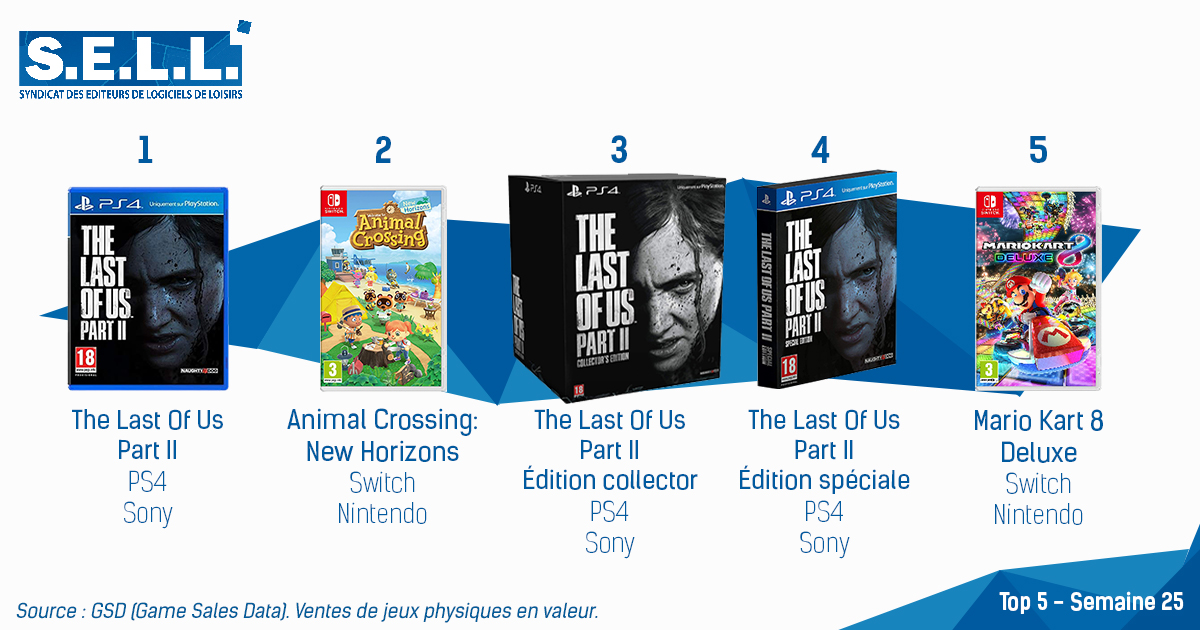