After what feels like decades, PS4 players will soon be able to experience new songs in the Hatsune Miku Project Diva series, which is still in the middle of celebrations marking its 10th anniversary. 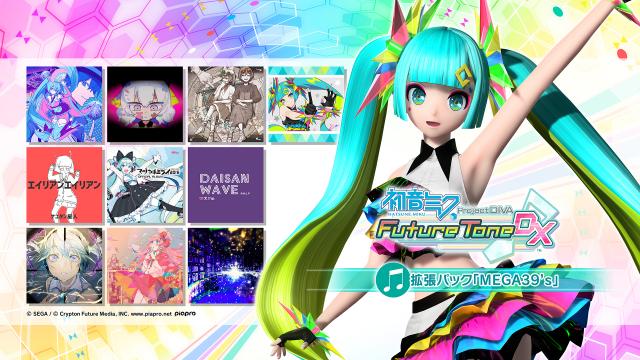 Although we don't have official details yet, the pack should include the following songs: Alien Alien (by Nayutan Seijin), Hibana (by DECO*27), Teo (by Omoi), Loki (by MikitoP), Jigsaw Puzzle (by MafuMafu), Dreamin' Chu Chu (by emon), Ooedo Julia Night (by MitchieM), Jitterbug (by Hachiya Nanashi), 39 Music (by MikitoP) and Catch the Wave (by Kz), as well as the new costume made for "Catch the Wave".

Last but not least, SEGA gave a first look of Alien Alien and Hibana running on PS4. See the above video, taken from the live stream.

The PS4 ver should get the anime overlay dlc that the switch is using. Its powerful enough to power the mode I mean its on switch.