Animal Crossing: New Horizons (NS) has retaken first place on the French charts in week 16, 2020, according to SELL.

Final Fantasy VII Remake (PS4) drops from first to second, while Ring Fit Adventure (NS) is up one spot to third. 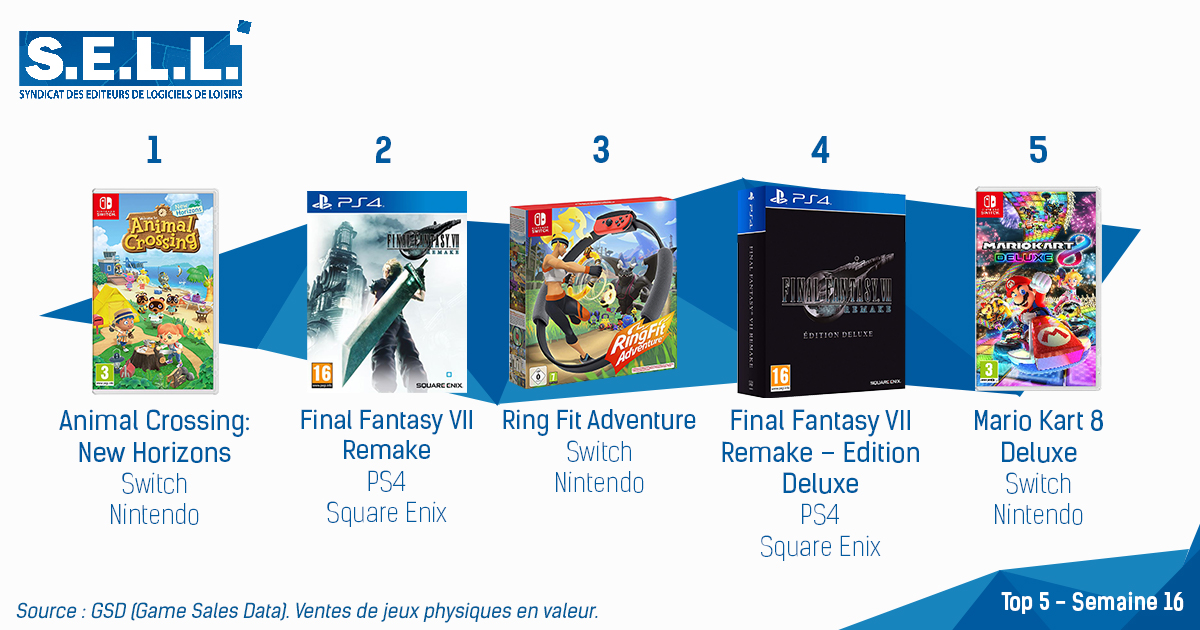 Good job ring fit for staying near the top. It is no surprise that Mario kart 8 and animal crossing are here