Animal Crossing: New Horizons (NS) debuted at the top of the Germany in March 2020, according to the German association for video games.

FIFA 20 is down one to third place, while Mario Kart 8 Deluxe drops from first to fourth. 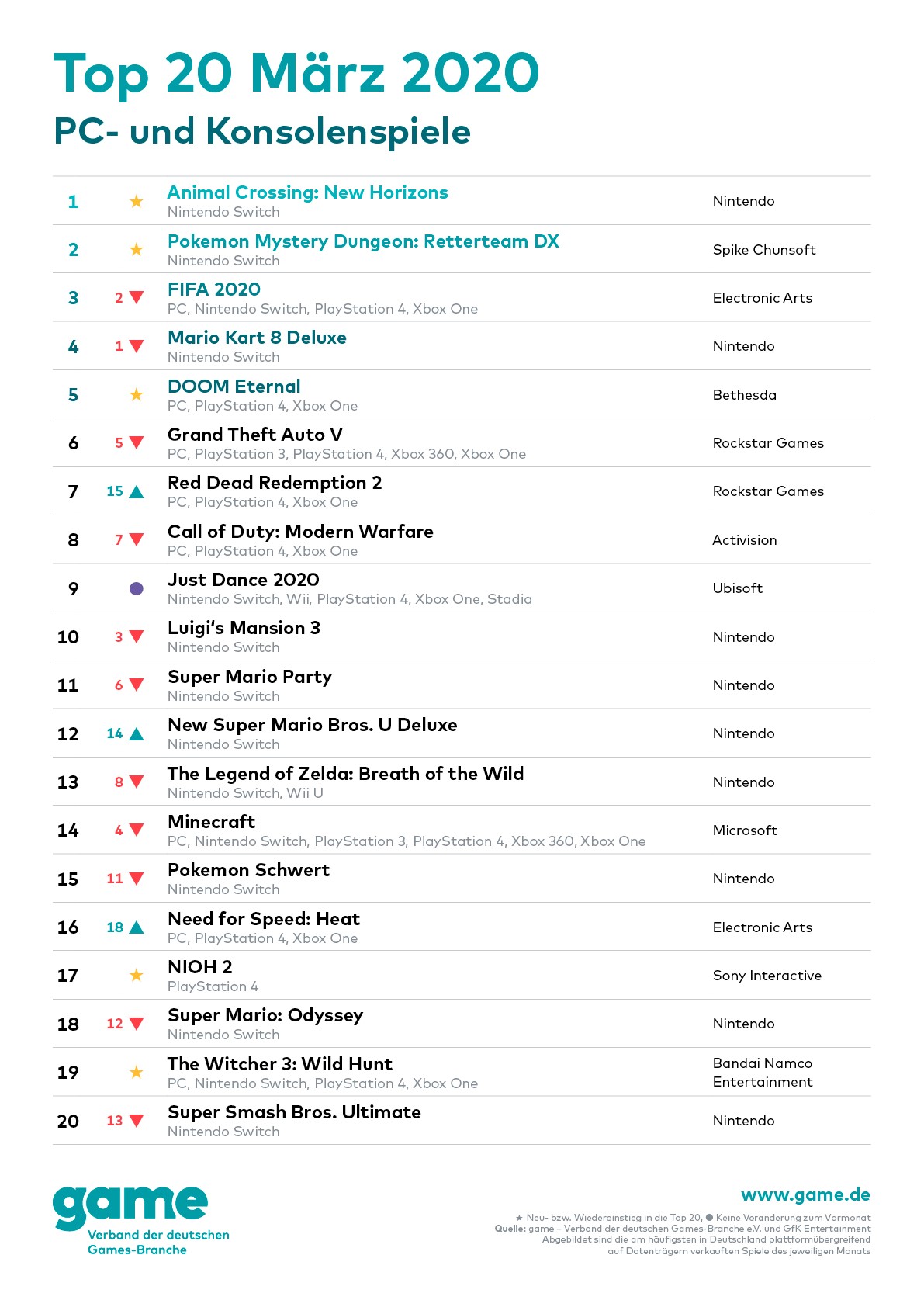 Looks like Animal Crossing is competing with Breath of the Wild. Very interesting.