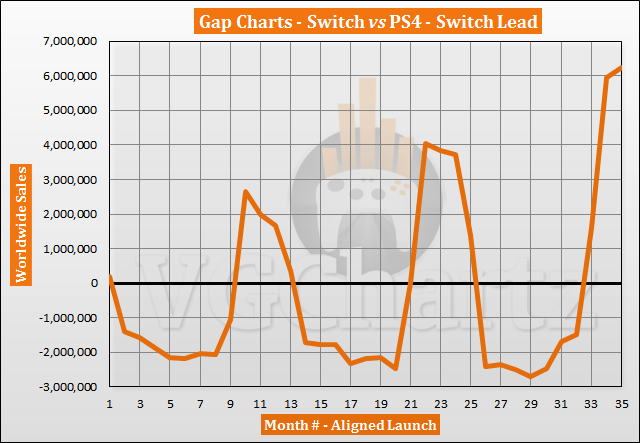 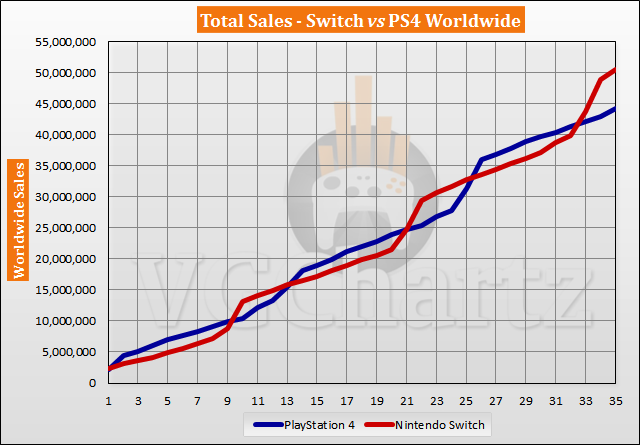 The 35th month on sale for the Nintendo Switch is January 2020, while for the PlayStation 4 it is September 2016.

Even if Switch falls behind PS4 in next 10 weeks or so, the gap won’t be that big and it won’t take long to regain the lead.

It'll need a 380k baseline to make that possible. Though animal crossing might push it hard.

Unless the shortages due to the Coronavirus become too strong or lasting too long, I think Switch can has a good shot to reach that goal.

icykai, 3m in 2.5 months equals a 300k baseline. It's already managing that and the last 4 weeks will be boosted by animal crossing.

Don't know how i read that as 2 months only. My bad.

Not impossible, but not easy either, it'll need Animal Crossing to really take off. So far things look good for that.

If Pokémon, Animal Crossing, and the second Fighter Pass for Smash Bros. can make it happen, nothing could. A big factor is also whether Nintendo is able to actually have enough systems on shelves, of course.

Glad to see both consoles doing well in their own way, and I hope PS5 continues this huge success. Both companies are now proven quality games makers, and both deserve their high sales.

Yeah honestly that's what really matter, both console have an amazing successfull story

The helix has been broken my friends. For the first time, switch in January has sold more than PS4 in September

The 300k weekly is because Japan is rushing to buy it before they can't due to the shortages. Even the vgchartz staff have said this. The 300k weekly number is not guaranteed.