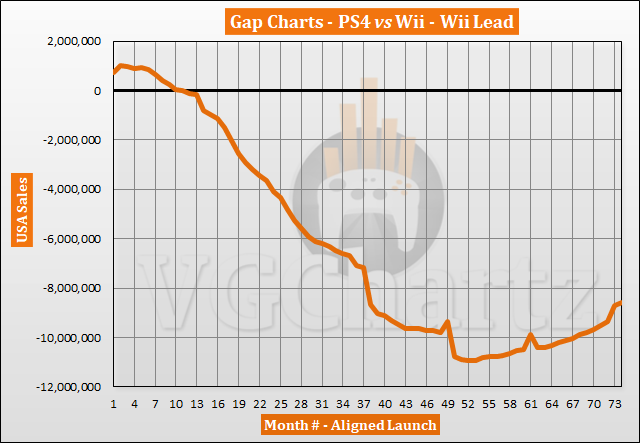 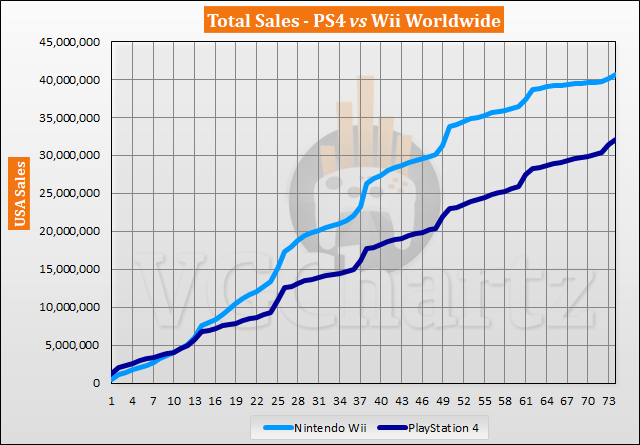 The Wii sold units 41.70 million lifetime in the US, therefore the PlayStation 4 needs to sell another 9.62 million units to outsell the Wii.

In less than a year, the Wii will have reached the launch of the PS4. We'll have a little more than a year after that of Wii hardware sales data, at which point the gap change numbers will just be PS4's sales for the month. Given how slowly the PS4 is catching up in spite of the fact that the Wii has a mere million left to sell for the next three years (two and change, more like) I think PS4 isn't going to make it. Sales can't get much slower for the Wii, and they're only going to get slower from here on for the PS4.

Ah, yes. The infamous Worldwide in the US!

Ps4 vs wii worldwide? I have no idea what what you're playin but... these numbers are usa vs usa. But hey, you do you. It sounds like bs to me.

He's making fun of a typo on the chart. Maybe actually read something before making an ass out of yourself.

With currently only selling 40K units weekly it's not very possible that PS4 will catch up Wii's lifetime sales in the US. The gap is a bit too big.

PS4 would have to do a big $100 price cut and leg it out. Otherwise, in the words of Mace Windu, this party's over

It's too late for that now.