There is some PR spin here as if the game had outsold the launches of the two Star Wars Battlefront games from Electronic Arts they would have likely said so. 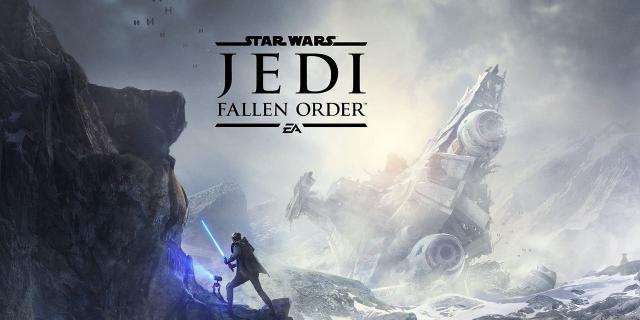 “On behalf of Respawn and EA, we thank everyone for their support of the studio and the team throughout the development and launch of Star Wars Jedi: Fallen Order. Telling a story in the Star Wars galaxy is a dream come true and the reception from the fans has been incredible,” said Vince Zampella, Head of Respawn. “With the launch of the game, the debut of The Mandalorian and the upcoming release of Star Wars: The Rise of Skywalker, it’s a great time to be a Star Wars fan!”

"Star Wars Jedi: Fallen Order demonstrates the amazing potential for original storytelling in Star Wars games,” said Sean Shoptaw, SVP, Games and Interactive Experiences, Disney Parks, Experiences and Products. "The close collaboration between Respawn and Lucasfilm is a perfect example of how we can deliver an experience for fans that is authentic to the stories and worlds they love, while also being an incredibly fun and innovative game. With the fantastic reception and launch so far, Star Wars Jedi: Fallen Order has proven to be the must-play game this Holiday.”

Star Wars Jedi: Fallen Order is available now on the PlayStation 4, Xbox One and Windows PC.

It was never expected to outsell either Battlefront game. From the looks of it, EA published a good Star Wars and it's at least sold well enough.

I mean in the digital age, haven't we only really had 3? I'm glad for it as it's good for the developer, Star War reputation after BF2 and fans.

Bleh. Was hoping Disney would get tired of EA's shit ant take the license away.

Pretty sure the must-play game this holiday is Pokemon Sword/Shield, not this game.