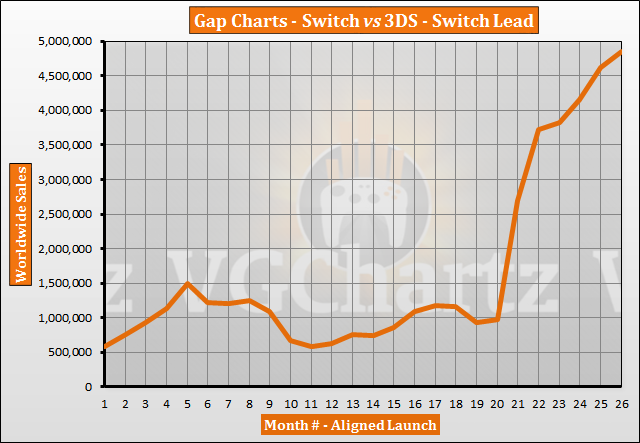 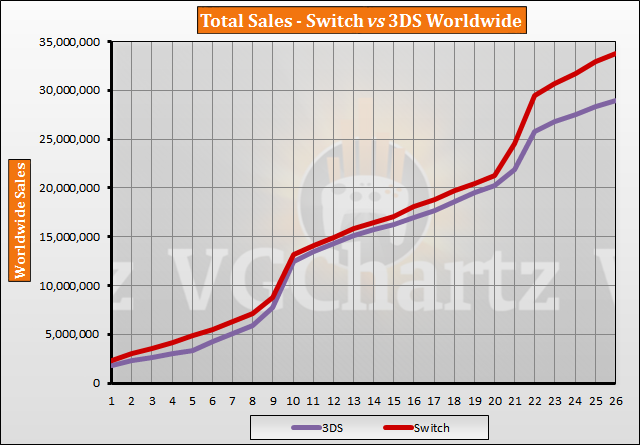 The 3DS launched in February 2011 (however, 3DS sales have been aligned to March 2011, since it only launched at the end of February in Japan), while the Nintendo Switch launched worldwide in March 2017. The Switch has sold 33.77 million units, while the 3DS sold 28.91 million units during the same timeframe.

People have the right to believe what they want. By the way, the Easter Bunny really exists.

Switch is a HUGE success already and things are gonna be better and better!

All before the Switch has even had a revision or a price cut.

3ds had a unhealthy price cut too. I think it was being sold at a loss or hardly any profit when they slashed it that much. Even if the Switch somehow sells less than 3ds lifetime, they will have made far more profit off each console sold I think. Profit > Sales