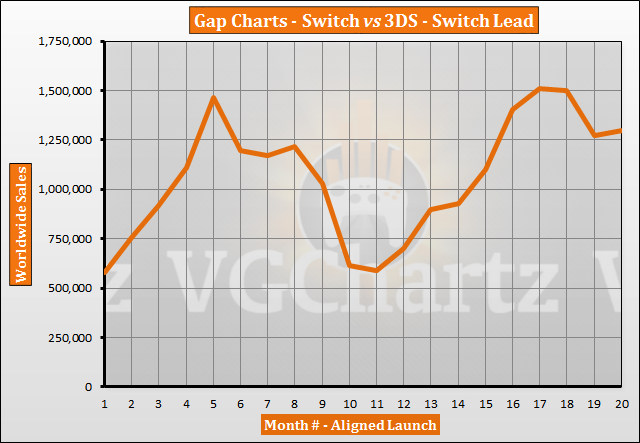 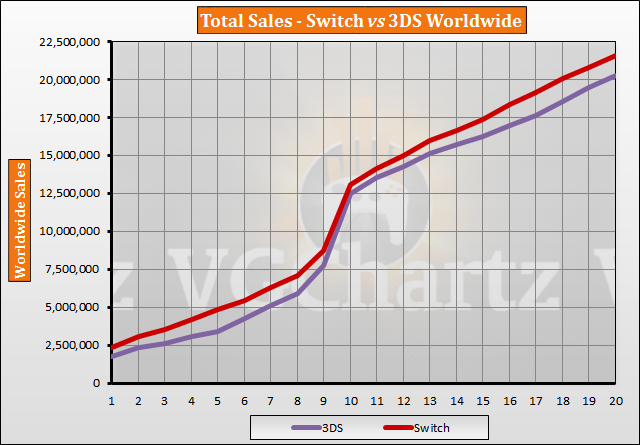 October 2018 is the 20th month that the Nintendo Switch has been available for. During the latest month the gap grew in favor of the Switch by 26,304 units when compared to the 3DS during the same timeframe and by 83,079 units in favor of the 3DS in the last 12 months. The Switch is currently ahead of the 3DS by 1.30 million units.

The 3DS launched in February 2011 (however, 3DS sales have been aligned to March 2011, since it only launched at the end of February in Japan), while the Nintendo Switch launched worldwide in March 2017. The Switch has sold 21.58 million units, while the 3DS sold 20.28 million units during the same timeframe.

Switch is about to blow that lead wide open.

Indeed. This the 3DS after its price cut, first revision and first Pokemon. Switch had none of those things yet.

Until now they were pretty even.
But Switch should take a bigger lead now. In 2012 Nov+Dec 3DS sold "only" about 6million in total globally. Switch easily should be able to sell more.
But thats really one on the most interesting gap charts :)

That being said, the 3ds also have exploding holiday sales.
The switch is going to slowly increase the gap though.
Next holiday is going to be interesting with 3ds hitting 6th gen Pokemon and the switch hitting gen 8, probably in the same time frame

This is a great comparison, Switch will be hard to stop going into 2019 but when is comes to lifetime sales......The 3DS has had some serious legs!