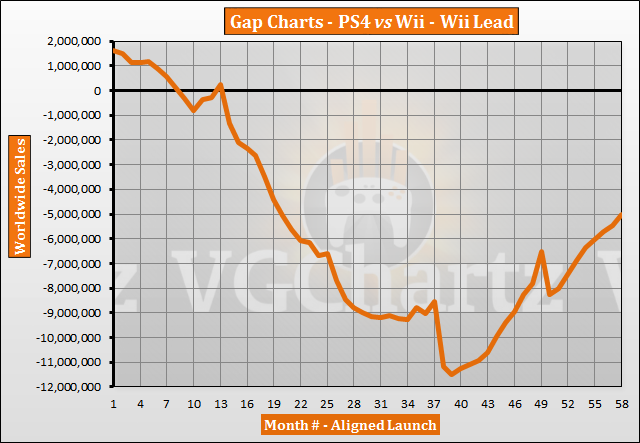 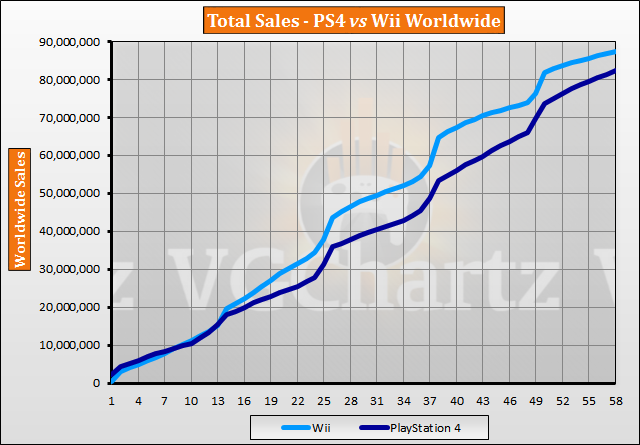 August 2018 is the 58th month that the PlayStation 4 has been available for. During the latest month the gap grew in favor of the PS4 when compared with the Wii during the same timeframe. The gap decreased by 448,428 units in the last month and by 3.94 million units in the last 12 months. The Wii currently leads by 5.02 million units.

And the gap gets ever smaller.

the wii was 100 dollars cheaper than the ps4 so this means playstation is shoveling gold right now :o

Not necessarily. Nintendo (except for the Wii U) in recent history has sold their consoles for a profit. The Wii was essentially running GameCube hardware, which probably made the device even more profitable. The PS4 which, I'd imagine, is selling more Pro versions than normal now days, is probably using newer technology that they haven't reduced the costs of yet, not to mention Sony and Microsoft don't have the same reputation Nintendo does in terms of selling consoles for a profit.

We are approaching the time when the Wii started to run out of steam...

I think wii is already the winner,because 360 and ps3 were stronger antagonist than xbox one, wii had not restyling or "wii pro", the famous Nintendo long support...
5 years is enough time to se "the winner"

nice try there, but the wii was cheaper than the ps4 and xbox one so...

and what it means?! GC was cheaper than others, GC sold well? PS4 is cheaper tha PS3 but in jap there isn't appreciate difference etc, first off all a console must be liked, after that we players look at the price