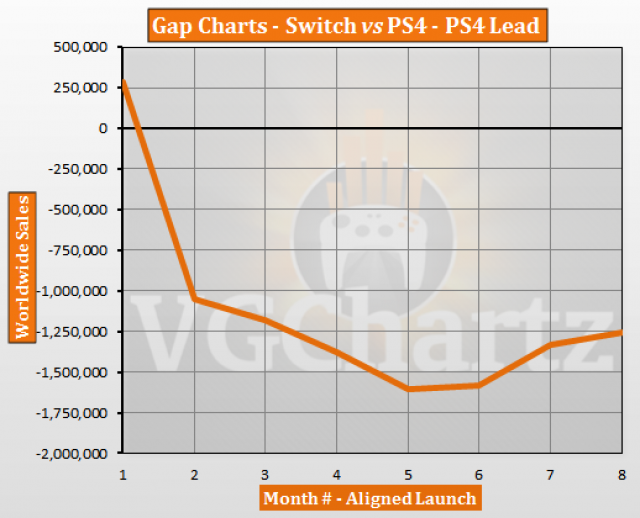 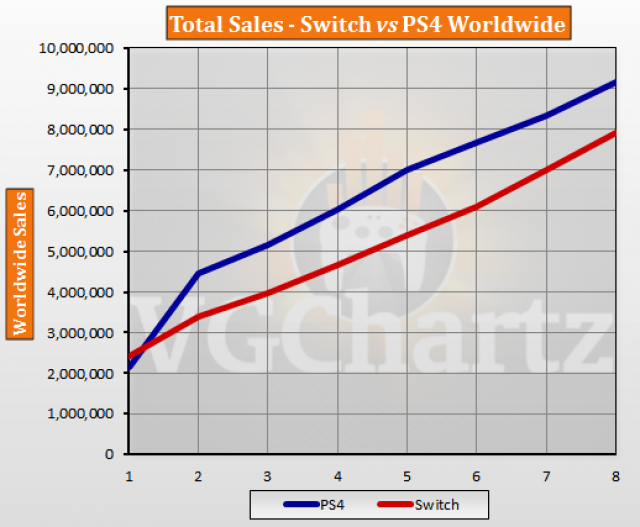 This month is when Switch surpass PS4 launch allinied thanks the holiday boost.

As someone who actually works in electronic retail and can monitor sales across the country within the company, I have doubts about that happening.

You think Switch won't sell over 1.85 million this month?
the gap is 1.25 million and PS4 sold 600K in the month which will be compared to first Switch November.

Switch will easy sell over 1 million in USA alone (so withouth counting the rest of America), and in Japan it sold 370k. No way that it does not sell 1.85 million including Europe and rest of the world.

Yeah... I worked at retail for nearly four years. I had a more elaborate explanation but I'll leave it at this. Unless you specifically have a job that involves analyzing data, the systems available are not going to be suitable for any meaningful analysis. At best, you have a rudimentary understanding of the retail sales in one chain in one market. That makes for, generously, a slightly more educated guess than the average user.

Considering that it needs only around 120% of their October sales to surpass PS4 in the aligned chart, and the publicly available data (Amazon best sellers, internet stock checkers, Famitsu/media create sales, general November sales patterns), it would be quite shocking for the Switch not to pull ahead of aligned sales. More than willing to put a bet on it.

Okay, you guys just keep acting like being undercut by $100 on both side of competition doesn't negatively impact sales.

That's cool and all, but Switch will still sell over 1.85 milioni this month :D

We have a new Patcher here lol

And yeah, this holidays will totally put Switch above Ps4 as long as there is enough stock, 1.85m seems totally reasonable

Yeah, no amount of discussion will go anywhere on this topic. Not with the users present, anyway.

Maybe not this month but next deffinatelly maybe even US alone.

Oh oops i thought this comment was posted in november so yeah it will deffinatelly go past Ps4 this month.

Does the writer already know next weeks numbers, which reduce the gap another 150K?

"So very different", how? The two posts you link both track the data weekly while this post tracks it monthly, but other than that I don't see any differences I would call very different. The total sales chart here matches the total sales (2nd) chart in your first link pretty closely.

Very different because the gap is much smaller in this chart than it is on the other 2 charts, and this consistently over the past couple of months now. The lines are similar, but the sales numbers behind the PS4 sales seems to be different, despite both charts use those from the site here