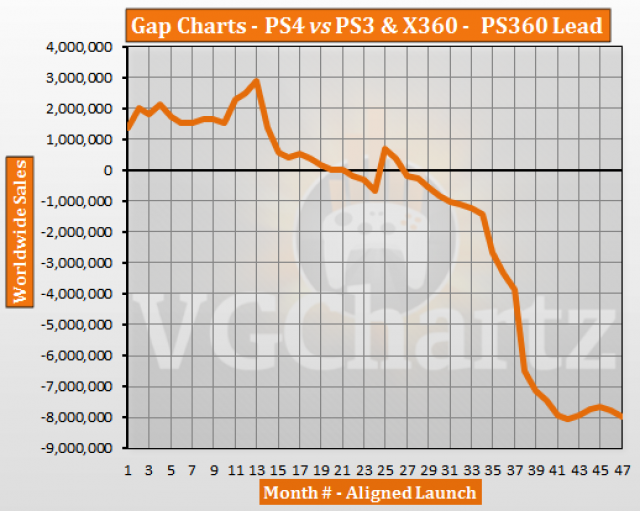 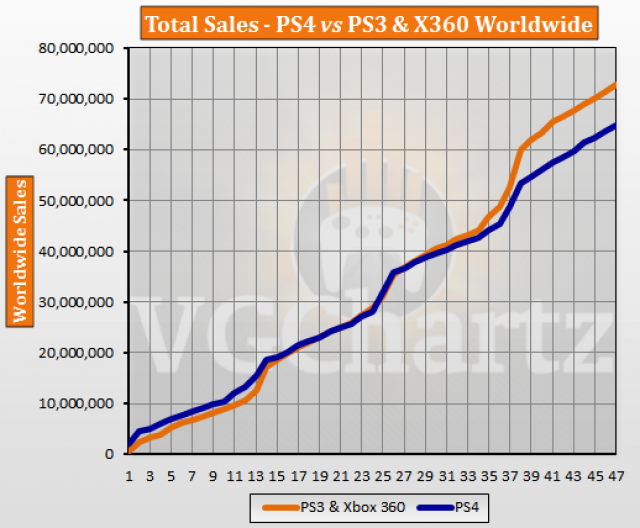 We all knew PS4 wasn’t going to win this fight, especially after aligned PS3 became more affordable and started getting some killer games, but I’ll be damned if PS4 isn’t putting up an amazing fight. I’m still very confident PS4 will hit 125+ million before it’s fire finally dwindles.