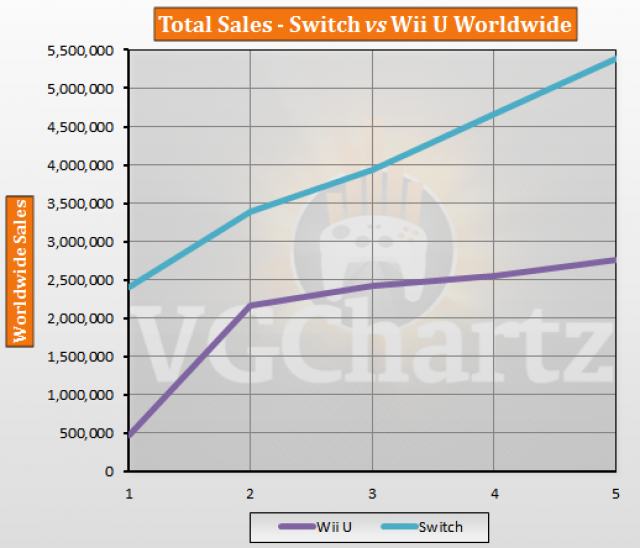 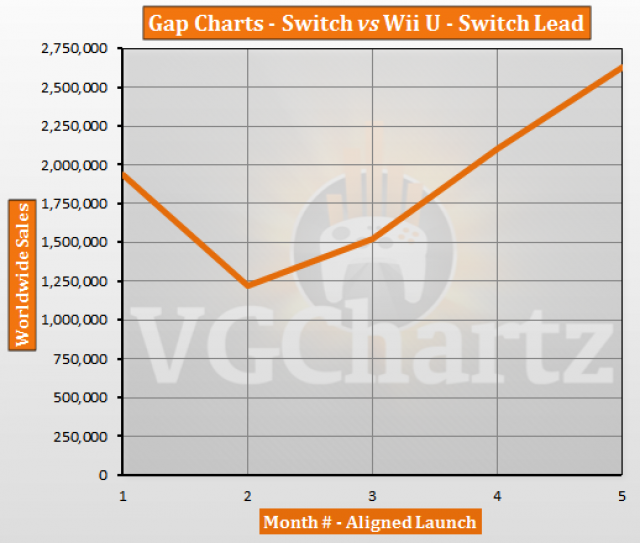 July 2017 is the 5th month that the Nintendo Switch has been available for. During the latest month the gap grew in favor of the Switch by 521,480 units when compared to the Wii U during the same timeframe. The Switch is currently ahead of the Wii U by 2.63 million units.

The Wii U launched in November 2012, while the Nintendo Switch launched worldwide in March 2017. The Switch has sold 5.39 million units, while the Wii U sold 2.76 million units during the same timeframe.

Switch will annihilate the Wii U.

Rather more impressive when you consider the Wii U launched just prior to the holiday season.

Not taking anything away from the Switch, because this is going to be a beat down in it's favor.

But launching in the holiday season means absolutely nothing, and if anything it's worse, because you are limited by the amount of console you can produce at launch which means if you can only make 2 million, it doesn't matter if you're in the busy shopping month of the year, you can only sell 2 million.

Whereas launching outside of the holiday means you can sell your 2m consoles to hardcore fans and scalpers (-_-), then turn around 8 months later and enjoy your first holiday when you have enough stock again instead of waiting a full year like Wii U, PS4, and XBO had to.

Oh boy ... can't wait for that huge cap after the holiday season

Well, this one is going to be just plain embarrassing