The second Final Fantasy XIV expansion - Stormblood - sold 84,244 units first week at retail, according to our estimates. First week sales can be viewed on the VGChartz Global Weekly Chart for the week ending June 24. 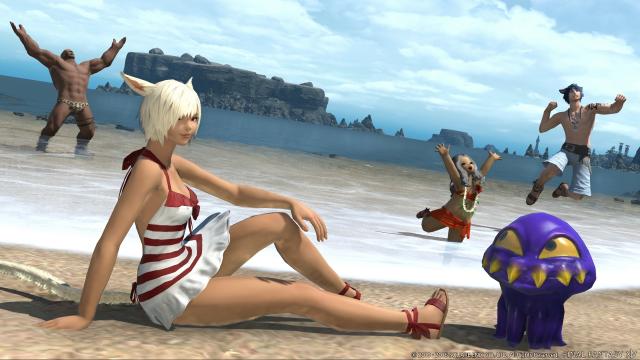 Final Fantasy XIV: Stormblood released for the PlayStation 4 and Windows PC on June 20.

MMO's are primarily sold digitally. The Retail numbers are probably like 5% - 10% of the total sales if I took a estimated guess.

This is another incredible expansion, however they really needed to have diversity in the new classes. Really slowed the pace of quests down with having everyone trying to play DPS classes.

Not bad! I know quite a few people who actively play this and bought this expansion as soon as it was available. From what they've shown me, it looks like a fairly high production-value game for an MMO.

Plus, I think they like the game for it's excessive number of cat-boys lol

I have it digitally

If the numbers are that low why are the servers always congested.