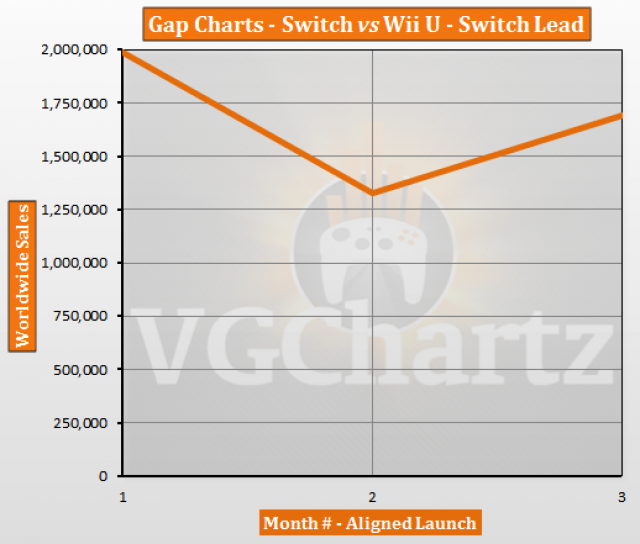 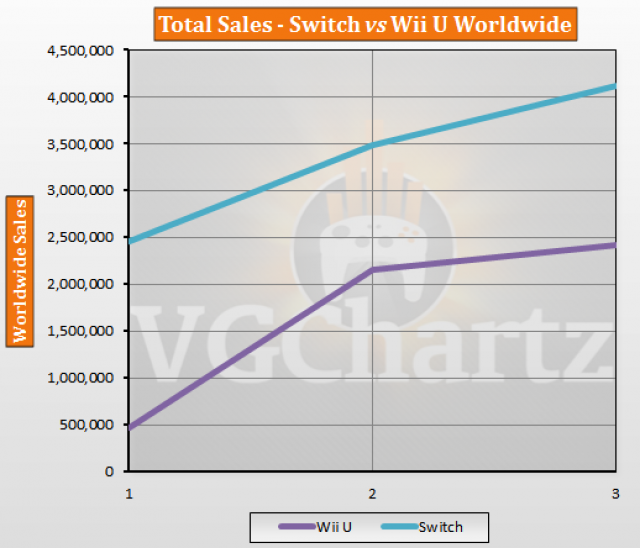 May 2017 is the 3rd month that the Nintendo Switch has been available for. During the latest month the gap grew in favor of the Switch by 360,936 units. The Switch is currently ahead of the Wii U by 1.69 million units.

The Wii U launched in November 2012, while the Nintendo Switch launched worldwide in March 2017. The Switch has sold 4.11 million units, while the Wii U sold 2.42 million units during the same timeframe.

as soon as Nintendo can fix the supply situation this gap will completely explode. But still now with the supply problems Switch is selling much better than the desastrous WiiU. Poor WiiU :(