Full Disclosure: Dan had already backed Kova on Kickstarter to the tune of $15 prior to writing this piece.

I recently managed to play a quick 15 minute demo of Kova, an upcoming indie game that seems intent on blurring the lines between multiple genres, and laying out an intriguing narrative based on eking out a perilous existence in an otherwise forgotten galaxy. The demo I played was but a taster of what will come in the final product, but it was nonetheless compelling, so I decided to follow it up by asking the team at Black Hive a few questions about the game and the inspirations behind it.

First up, some backstory: Kova is the name of the mercenary you’ll be controlling in this dark and arid game world. Exploring the galaxy, you’ll uncover mysteries about the universe before humans inhabited it, while at the same time acquiring new gear and items which allow you to explore more planets. It's a Metroidvania styled game, so abilities earned will allow deeper exploration of the galaxy.

In my limited time with the game, I got a feel for how important crafting is going to be throughout - items found from destroying rocks, or killing aliens, help to not only fix and maintain your ship, but also to create ammo on the fly, or even fuel/batteries for your abilities. 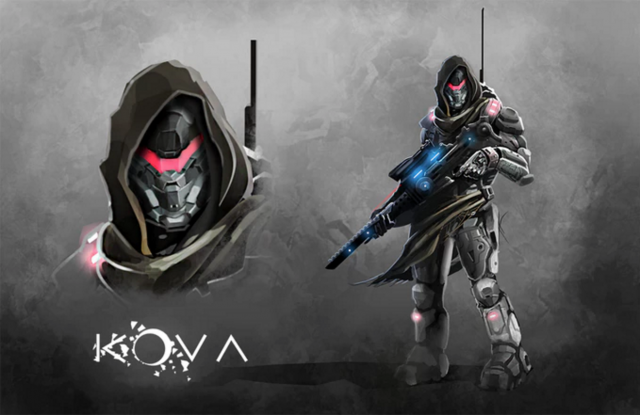 There's an over-arching sense of having to rely on the environment to create everything you need, which keeps you constantly on edge and worried about whether you’ll be able to survive. I’m assured by the developers that this feeling won’t be constant throughout, and there will in fact be periods of calmness that will allow you to regroup before adventuring back out into the unknown.

After playing through the demo I decided to throw a few questions over to Mandy and Blake at Black Hive Media to better understand their intentions behind, and ambitions for, Kova.

The amount of polish on the 2D aesthetics is lovely. How long does it usually take the team to create one level, or even an asset (it looks like it could take quite a while!)?

We have a lot of experience with 2D so in some ways the process is fast, but with that said, everything goes through iterations which can really begin to add up. An asset like the main character can also eat up a lot of time in a game like this due to the sheer amount of animations. It likely won't be fully "complete" until the game goes gold.

The menus and quick-create controls seem fairly well thought out already. Did development start on the rogue-like elements first and the story come after, or was your priority always the atmosphere and story?

Elements like the quick-craft came during organic testing and discussion. We knew we wanted crafting, but we didn't want to bog the game down with it, so the team discussed ways of making it more manageable and approachable, especially for a 2D game. 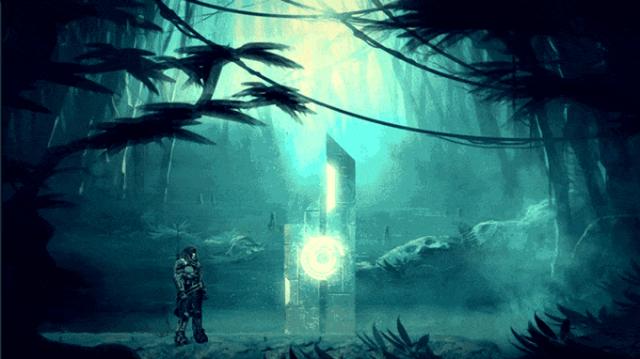 In the demo I played, it looks like Kova is going to involve a few fetch-quests. Are you going for a 2D RPG, or more of a Metroidvania game whereby you return to areas/planets once you've gained new abilities?

Kova is really a mixed genre title. Depending on the faction missions you take on, you could be doing different gameplay types. For example, the corporate faction, Triadyne, will likely put you more on those reclaim missions you mentioned, which will net you higher payouts and more R&D style weaponry. You will also find that these missions will send you to other planets before you will have access to certain areas on the current planet you're on.  So simply put, there will definitely be gated areas, but we're intentionally setting out to blur the lines of genres.

The limited demo showed quite a bit of the atmosphere you're going for, but not much in regards to combat. What kind of combat can we expect from the final game?

The demo indeed did not touch on much combat, but in some of the trailers we do hint at what is to come. We are working on a stop & pop cover system that allows players to take cover during fights. We're also expecting players to manage upgrades and resources in battle so that they can customize each attack to the specific target at hand, whether it be a group of space pirates, or a massive creature hell-bent on getting a tasty lunch! We'll have a variety of weapons, secondary weapons, and abilities to help the player through these encounters.

Given how heavy the atmosphere is in the game so far, are you going to emphasise story and feeling or gameplay in the final build? Or to put it another way, are you going more for a Journey experience (where the worlds are huge and you're just a lone figure moving for miles) or a Metroid one?

This question is also one that I think falls under the notion that we are looking to blur the genre lines. We enjoy games that have a roller coaster cadence. At one moment it's calm, and as a player you can prolong that, but you know there's danger out there that will require you to up your coordination. But, I think first and foremost, we want to tell a story and put the players on a journey; the gameplay will run parallel with our narrative to complete the package.

I noticed you're using Unity, how are you finding working with it so far? Do you have much experience with the engine?

We've worked with smaller 2d engines in the past like Cocos2d, where we worked in code to place and animate all assets. Switching to Unity has allowed our artists to have way more control over creating levels and animating even the smallest UI pieces. We are able to work twice as fast now and complete features more quickly than using previous engines. We've been working in Unity for about 18 months now and we feel very confident in it and ourselves that we will be able to give Kova everything this game deserves.