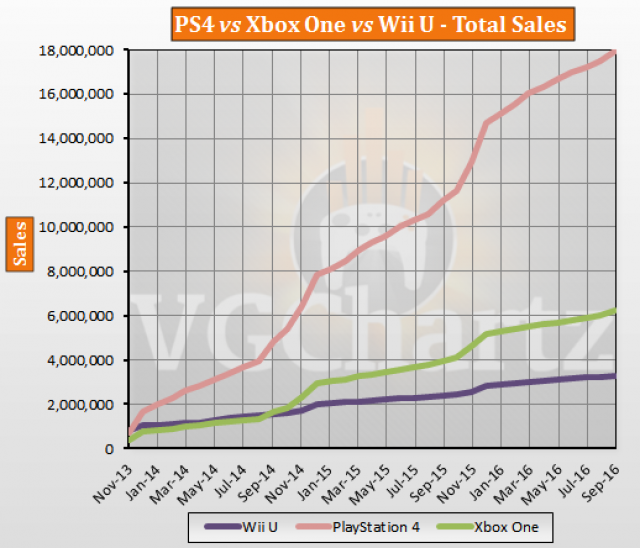 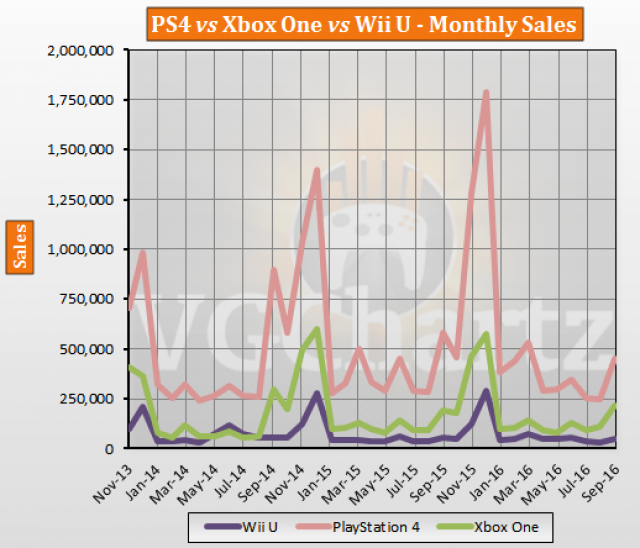 Looking at market share for the month of July, the PlayStation 4 managed to achieve 63 percent. The Xbox One accounted for 30 percent of the consoles sold, and the Wii U a modest 7 percent.

This is probably the most stable region here. With Playstation leading from the beginning, XBox struggling to find a market outside of some countries, and the WiiU not really being pushed anymore, this is going to be same image for the entire gen.