Head of Xbox Phil Spencer told press after Microsoft's Build 2016 developer keynote he does not like the idea of releasing an "Xbox One and a half."

"I'm not a big fan of Xbox One and a half," said Spencer when asked about an updated Xbox One. "If we're going to move forward, I want to move forward in big numbers."

"For us, our box is doing well. It performs, it's reliable, the servers are doing well. If we’re going to go forward with anything, like I said, I want it to be a really substantial change for people--an upgrade." 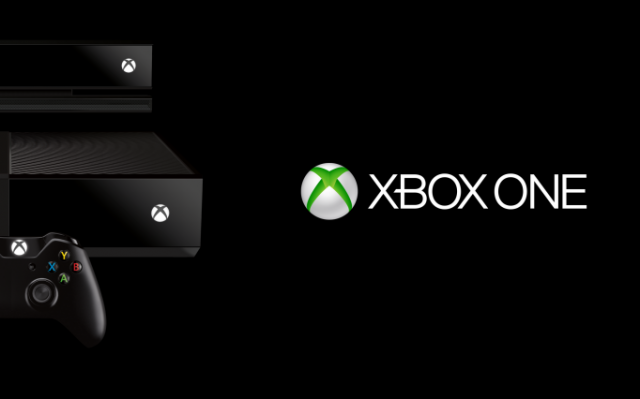 This is in contrast to what he said a month ago at the Xbox Spring Showcase event.

"When you look at the console space, I believe we will see more hardware innovation in the console space than we've ever seen," said Spencer a month ago. "You'll actually see us come out with new hardware capability during a generation allowing the same games to run backward and forward compatible because we have a Universal Windows Application running on top of the Universal Windows Platform that allows us to focus more and more on hardware innovation without invalidating the games that run on that platform."

"We can effectively feel a little bit more like we see on PC, where I can still go back and run my old Doomand Quake games that I used to play years ago but I can still see the best 4K games come out and my library is always with me," added Spencer. "Hardware innovation continues while the software innovation is able to take advantage and I don't have to jump a generation and lose everything that I played on before.

"We look at these other ecosystems out there like mobile, tablet and PC and we see that they have a very continuous evolution cycle in hardware, whereas between console generations most of the evolution is making it cheaper and potentially making it smaller.

"Both are meaningful but don't make the games play any better. If you look at PC specifically and see the evolution that happens there, there's no reason why console can't ride that same curve."

Didn't he just recently come out and say that he was all for the strategy that Sony is now rumored to be doing?

There are times it seems like poor Phil never gets to go home to his family, I picture him just driving half way home then stopping, doing a 180 and driving back to work again, it's a tough life.

Joking aside though, he is the mouth for a whole lot of internal bodies within the gaming division at Microsoft, it's a shit position to be in for him because it makes him come off like he doesn't know what he is talking about at times or like he is out of the loop with decisions but I think the actual issue is that he is in too many different loops which makes some parts of things he says at times so confusing and conflicting.

Even with that being the case, he is the guy in charge of the Xbox division and should have a team of people that help prevent him from saying things to the media that can be seen as hypocritical.

It was just a couple weeks ago that he said that they were all for upgrading the hardware of the Xbox One.

I don't want to say anything dumb here, but what would be wrong with allowing Consoles to be capable of increasing the amount of RAM and changing the graphics card it has? Wouldn't that help consoles be more efficient without worrying about buying an entirely new console?

Like the Super FX chip did for the SNES? I'm not sure it would be so easy to do it to a console today though, you never really have any access points to get near enough to the motherboard of the system to ram an upgrade into, without tearing open the console shell.

Soon as you open the console and start upgrading like that then you might as well build a PC and it defeats the purpose of a Console. However a I could see them using USB 3 in the future to add external Graphics cards and such, but that tech is VERY new even in the PC arena so it will be awhile before it reaches consoles.

Consoles have had similar features before in the past like I said the Super FX chip carts on the SNES effectively had a GPU on the cartridge which you were bolting into the SNES motherboard when you put in the games, massively costly though to produce.

Also we've had upgradable console RAM in the past with the N64's expansion pack which doubled the usable RAM of the console but it did make some of the older games have issues with the system while it was installed because it's hard for older games to automatically know to ignore such a feature in a system when they're normally written for one specific piece of hardware.

Awesome! People buy consoles because they know that they at least stay for 4-6 years without to worry about to must upgrade new hardware like graphics cards. If they change that, than people will just buy a PC in the feature and the console business will hurt. That's one big advantage consoles have over PC, you must not upgrade your hardware every year!

I actually have my PS3 from 2007 and it still working fine and can play 2016 games! yeah every platform has his ups and downs and pc isn't perfect either and has its flaws, that's one of the reasons why i prefer consoles since i don't have to worry about system requirements and making upgrades to it to make newer games run properly on it, just put the disk inside and play without having to worry about anything else!

Considering that a good pc graphics would get you 4-6 at console settings....this does nothing

An upgraded console really alienates existing customers. Microsoft can capitalize on this if they play their cards right.

Back on Topic, so he Deny a Xbox One.5, but he confirm that will make Multiple Hardware upgrade during the generation, within the own Hardware ?, i mean, like a Extra Processator, and GPU,, out-side the Xbox One, purchasable for the ones who want.

They have denied upgradable X1s aswell. Looks like there happy with there console.

I Made a Missunderstand, i thought that the Last line also was his Statement of the last interview.

Haha... he is finally playing Sony's PR game aswell. That was smart.

I wonder who was the 20.... FIRST har har. and yeah Swordmaster comments like that on here just get blitz'd with downvotes, this isn't youtube.