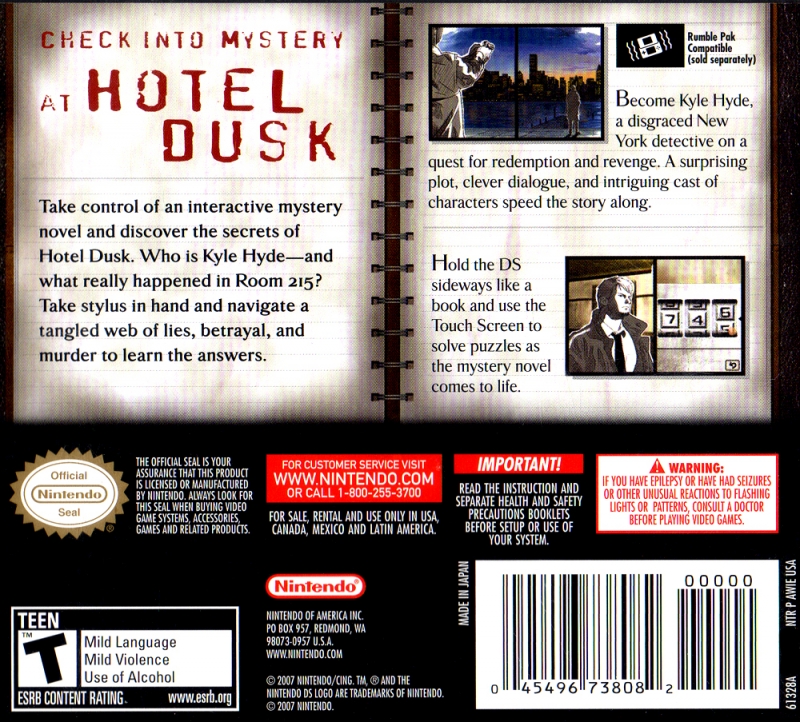 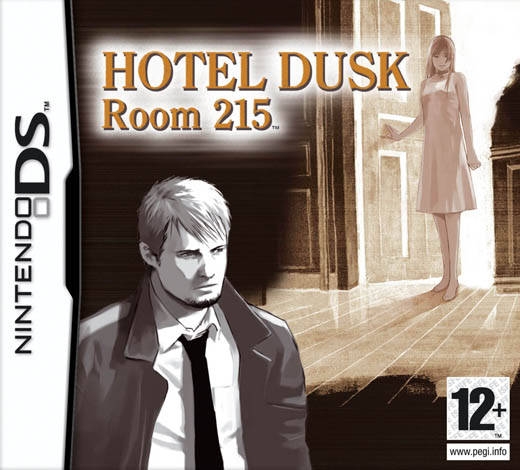 Presentation - 8.0
Gameplay - 5.0
Value - 7.5
Hotel Dusk is an interesting experiment in gaming. It's perfectly suited for the DS format. It's got a great story. It falls short in the actual gameplay department.

Hotel Dusk is a tough game to rate.  It's got a very well thought through plot, interesting characters, and a unique art style. Unfortunately it feels more like a short story than a game though. Don't get me wrong, I love the story, and for people who like reading books, and playing laid back, casual games, this is the perfect game for you.  For people who like action and hate reading text, then move right along, there's zero chance you'll like this game.  Me, I'm in the middle.  I normally don't like reading text in games, but that's because the average story in a game is crap, and completely uninteresting.  Hotel Dusk has a very interesting storyline though, so I really enjoyed that aspect of the game.

My biggest gripe would be that this game is like a book, where you have to flip through 20 pages with nothing written on them between plot points.  What I mean by that is that you spend a lot of time walking around the hotel, searching aimlessly for the right door to knock on, or the right random item to click on before you move the story along.  This happens 5-6 times throughout the game, and it felt completely pointless.  This game is more story than game, so they shouldn't have made you wander halls aimlessly for 15 minutes trying to figure out a seemingly random thing to click on to make the story progress.

Hotel Dusk falls very short in terms of the minigames it presents to you as well.  One is a bowling game, where they pump it up as something that's going to be fun in the story, and then you basically bowl a few rounds, by simply flicking the stylus, and that part of the game is done forever.  So not only was that minigame not fun, but you also only get to do it for a minute and then you can't go back to it.  The rest of the minigames involve rubbing the screen until you get every part of it, and things like that, that offer no challenge, and really no fun either.

The best part of the gameplay is probably the mystery, puzzle solving.  Searching the hotel for clues, and also in the dialog puzzles, which involve trying to get people to talk to you and tell you their story.  Push the wrong dialog buttons, and they won't talk to you, and you get a game over screen.

All in all, if the idea of a game that's more about the story than anything else interests you, then you should check the game out.  I had a good time with it, despite its flaws.