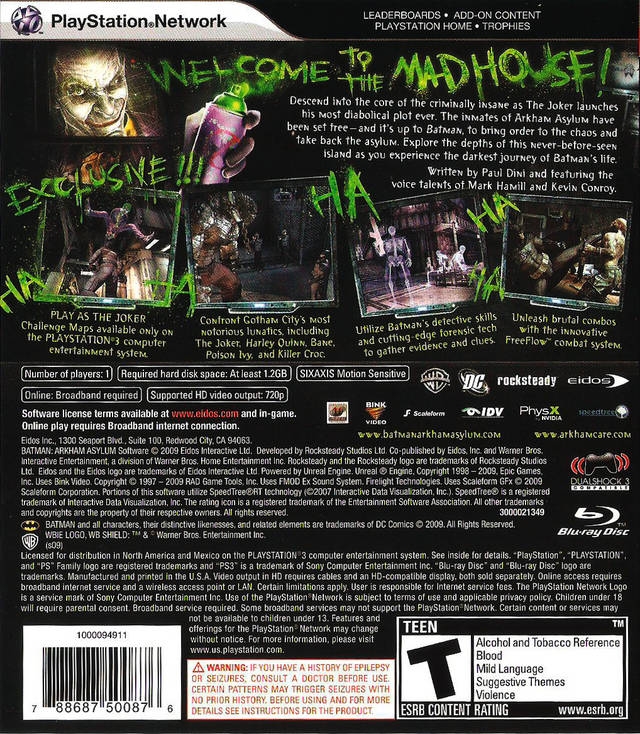 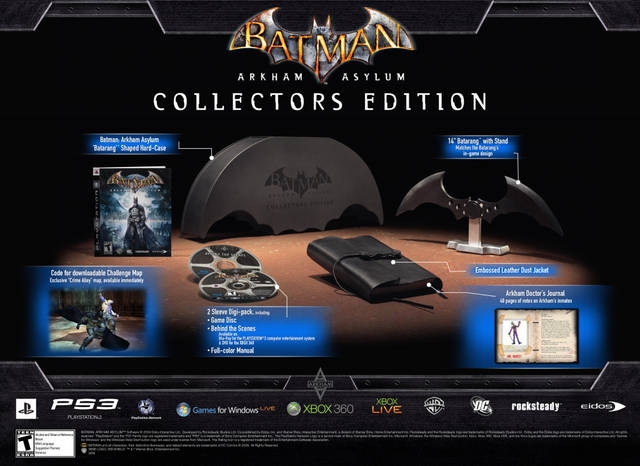 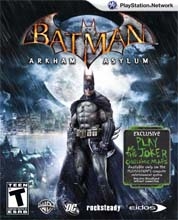 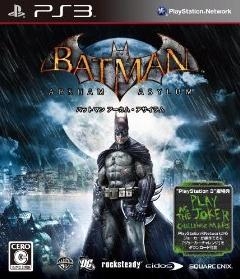 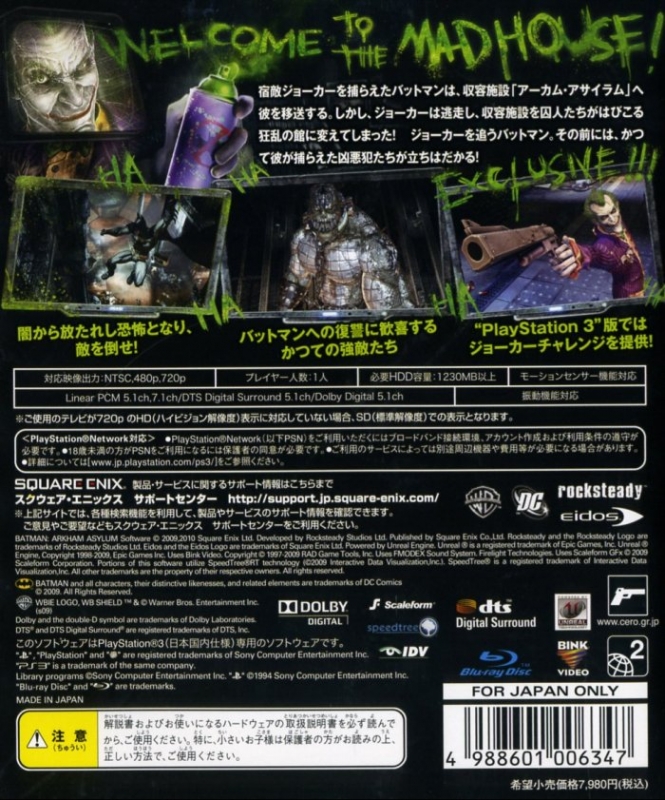 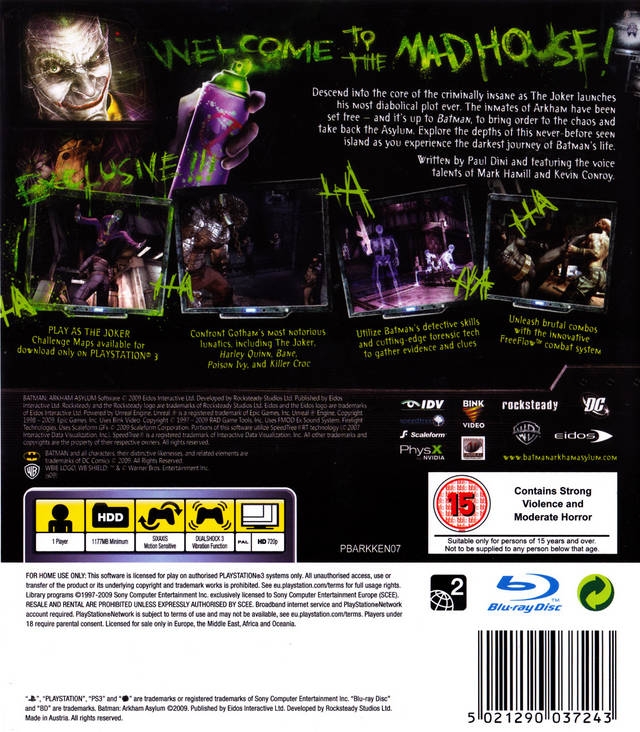 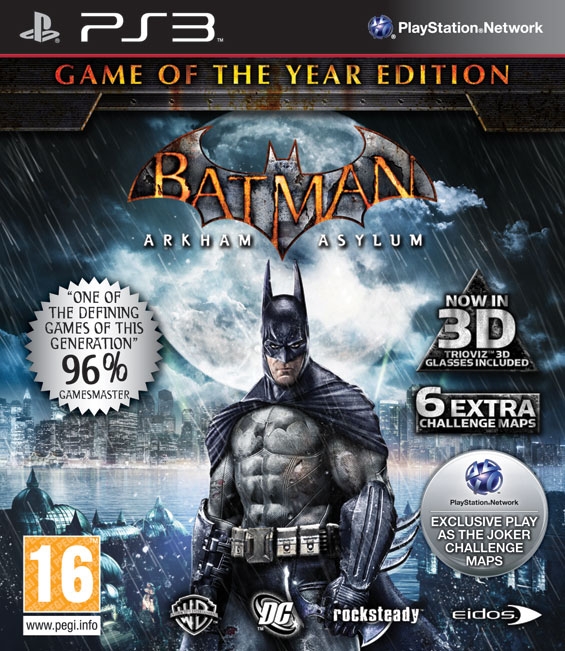 Batman: Arkham Asylum is one of the Best Liscensed Games Made

Presentation - 8.0
Gameplay - 10
Value - 9.5
While not perfect, the game part of this game is superb, and the little bits of story thrown around in the puzzles are excellent.

Batman AA may be the best licensed game I've played.  I'm trying to think of a licensed game that's better, and I can't.  We all know that most of these licensed games are crap.  99% of them are just plain garbage.  So when one really stands out, it deserves recognition.

Forget that AA is a Batman game.  Think of it as a game.  As a game, it's one of the best this year.  It does stealth better than almost every game that's tried doing stealth, it does brawling combat better than most brawlers, and it creates a superb atmosphere and tangible world to play around in.  That it's Batman is secondary to being a really great game.

I do not think this game falls short regarding gameplay in any section.  It's well paced, everything it does, it does well.  It has fun puzzles, challenges, and extras.  The voice work is top of the line (Mark Hamill as Joker aka Luke Skywalker).

The only knock I have against this game is from a technical standpoint.  Nothing breaks the game, but when you're outside and overlooking some of the vistas, and even indoors sometimes, the frame rate drops are noticeable, and there's screen tearing in these same sections where the framerate chugs.  Most of the time the frame rate is solid though.  This may just be a problem with the PS3 version, I do not know.

Those visual things are very minor complaints though, and should not prevent ANYONE from playing this game.  It doesn't matter if you like Batman, I am ambivalent about Batman myself, this is a very good game whether the subject is appealing to you or not.