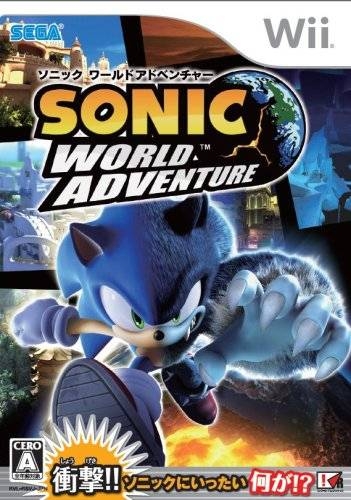 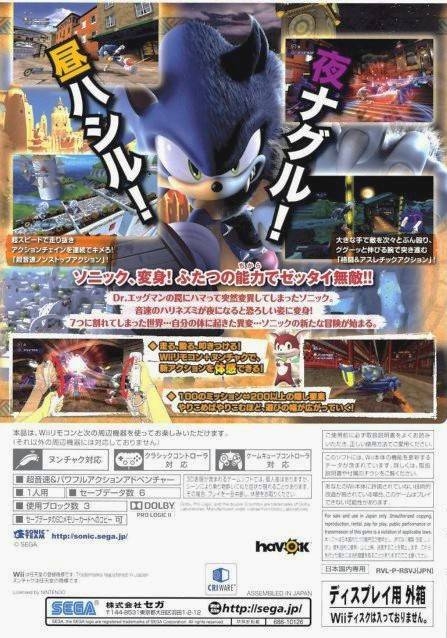 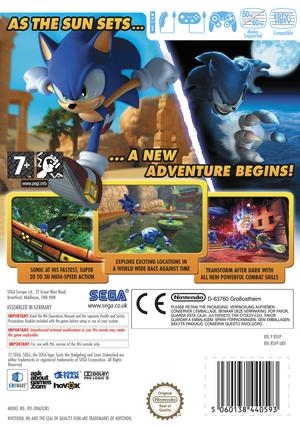 A Werehog? A EFFING WEREHOG?!? That's gotta be horrible... Right?

Presentation - 8.1
Gameplay - 7.9
Value - 7.7
Surprisingly, it's not. Few "Meh" design choices aside, Sonic Unleashed is a great game... On 3D Sonic standards. How great does that mean? Read the review, impatient one!

Let's start this one off with no boring introductions.

The latest Sonic games outside of Sonic Rush may have not been AAA quality, (Or even BBB quality...) but they look & sound pretty damn good, agreed? The levels are colorful and the soundtrack has some tunes, that'll stick with you for a long time... (Especially the Night-time Battle theme, but the reason for that is the fact that you're forced to listen to it Bazillion+ times...) The voice acting is decent for the most part... Eggman sounds great, whilst Chip the another-worthless-sidekick sounds absolutely horrible.

The story... Bleh. It's not really fair to criticize a story on a platformer. It's like criticizing a document about bumblebees for lacking high-speed car chase scenes. However, the game consists of numerous UN-SKIPPABLE cut-scenes. And they're long. And often times boring. The sole exception is this cut-scene. I found it quite entertaining.

Now let's get to the stuff people actually care about... GAMEPLAY!

I was amazed by the gameplay in Sonic Unleashed. The night-time stages weren't even awful, as I had expected. After about an hour it started to get quite entertaining. And while it started to get somewhat repetitive half-way through and REALLY repetitive near the end, it was still better than I expected and it was the only console Sonic game in a long time I actually had the energy to finish.

However, the Werehog stages were looooong and numerous. The night-time segments actually made up approx. 60% of the game. That's more than enough to make the Werehog stages feel repetitive and even boring. Also, about 10% is wasted clicking around towns, talking to NPCs... That leaves only about 30% to be filled by the day-time stages. And that's my main issue with this game. The best part of the game is overshadowed by decent, but somewhat repetitive Werehog stages and speaking to NPCs, which was clearly put in so that the game would feel longer... And that's sad, because I would've given a much better score to a brief, but great game, instead of an average-length and decent game.

There's Sun & Moon Medals you can get afterwards and challenges, like collecting enough rings, speed-running, fighting enemies on a restricted area or puzzles, that just... Suck...

Overall; This is the first Sonic game I had real fun with in ages. However, the fun parts weren't enough to make it a GREAT game. It definitely had the potential, but some RE-TAR-DED design choices weren't really helpful...

The Werehog wasn't horrible and if the game wouldn't have the Werehog stages behind every corner, there's a chance they would've been enjoyable... (Never as enjoyable as the AWESOME Day Stages, though.