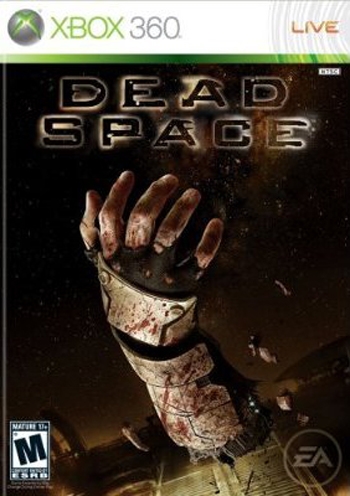 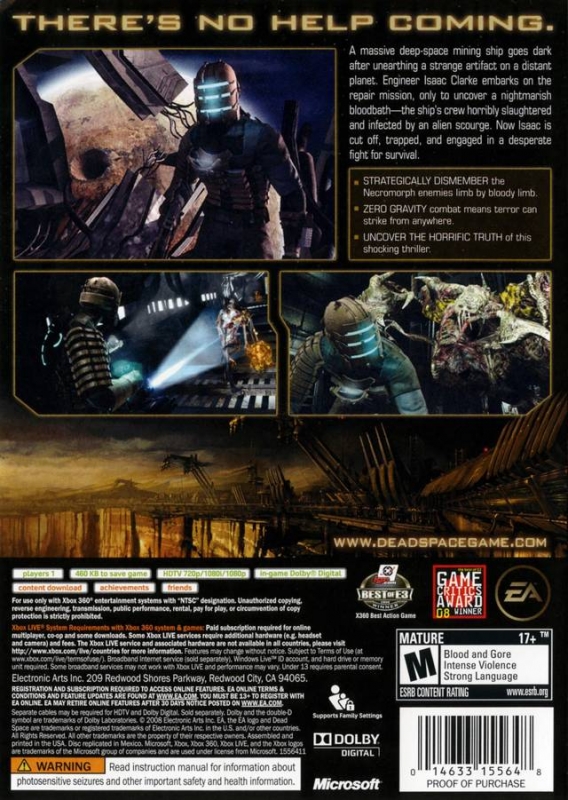 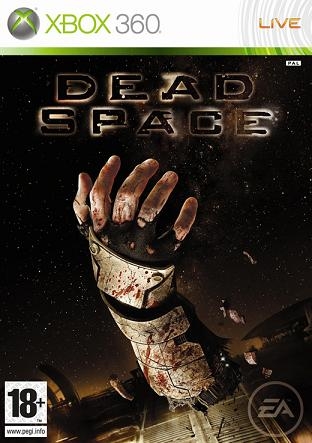 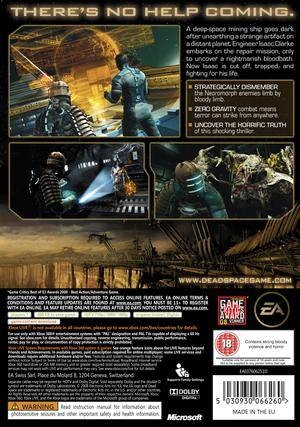 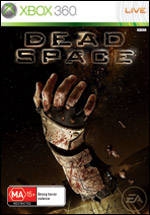 That One Dead Space

Dead Space, the first Horour game ive ever played on my Xbox. I Loved it.

The game felt like I was playing Resident evil at times, but this game was still unique. The game was dark, which made it awesome. It also had amazing shadows which really made it scary. The sound is what really made this game good. Usually every now and then, I would be too scared to go in the next room because you would hear some crazy things on the other side. The Gore is fantastic, and everywhere. After each kill, I would stomp on there arms, legs, head, and whatever is left over that can be torn off. The Bosses are amazing and fun. The weapons are really cool, even though there isn't a very big selection, I still enjoyed each one. The Inventory system is pretty cool, the game doesn't pause while your browsing through. But you do get to add 4 guns to your quick select on the D-pad, which is very useful. Later in the game you will recieve upgrades, to Increase your maximum Inventory space. You will also get other cool upgrades too, that will make your character stronger.

When I bought this game, It was worth the $59.99 from Best Buy. It took me around 12 Hours to beat on Medium on my first time playing. Then I played it again on Hard and beat it in 8 Hours. I also beat it again on Hard for the achievements, and then finally once more on Impossible Difficulty. Once you get to Impossible mode, make sure as soon as you unlock it, start playing it, and get to the first save point, and Save. If you don't do this, the Impossible Mode selection will disapear, and you will have to beat the game again. The downloadable content is cool, I got a few things just to try it out. I really don't recommend people getting it. Unless if you are struggling, then buy the Extra weapon damage ones. But if you have no Microsoft points, make sure you use the codes for certain things to help you out with upgrades and money.

This game was a blast. If you are playing this just for achievements, then take a break, sit back and relax. Enjoy every second of this game, and make sure to watch your back. You never know who could be breathing on you.