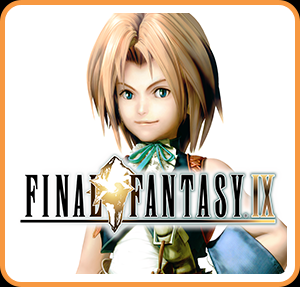 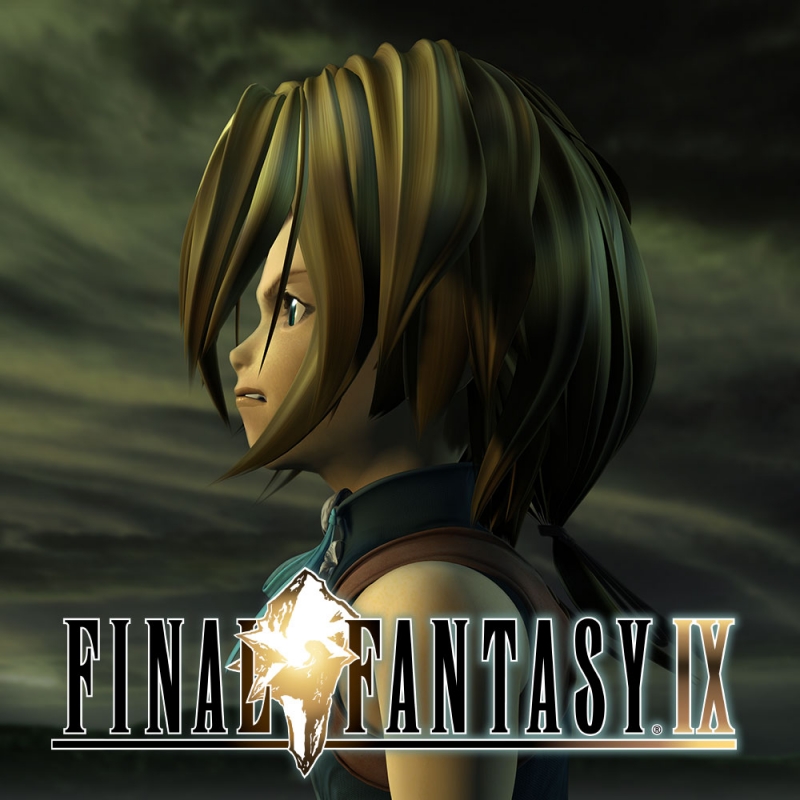 Final Fantasy IX Is A Good Throwback And Nothing More.

Presentation - 6.0
Gameplay - 7.0
Value - 8.0
As someone who heavily enjoyed the earlier Final Fantasy games, this should be for me. However Final Fantasy IX is a modern game that hides under a classic Final Fantasy's cloak.

Final Fantasy IX is a game that tries to harken back to the NES and SNES days of old. Now as a person who played through Final Fantasy 1-7 and loved all but Final Fantasy 2 this game should be tailored towards me right? Well not exactly. This game focuses more on bringing back superficial things like the Black Mage and the Medieval setting. The game itself is like a Modern Final Fantasy game with a Classic Final Fantasy skin.

The game starts you off as Zidane whose job is to kidnap the Princess of Alexandria. The Princess's name is Garnet. Now it wouldn't be a Final Fantasy game if it didn't take a common trope and completely twist it over. In this game, Garnett WANTS to be kidnapped. So you kidnap Garnett and try to get into the ship. A character named Steiner tries very hard to get the princess back in an old cartoon-like chase scene. It is hilarious. If there is one thing this game shines in it is the characters. Zidane eventually gets to the ship with the Princess(Also Steiner comes too.) only for the Queen of Alexandria Brahne to shoot your ship down and causing you to land in the Evil Forest. Which is a VERY generic name for a forest that is dangerous. This is when the gameplay starts coming into play.

The gameplay of Final Fantasy IX takes elements from Final Fantasy IV, V and VII. The active time battle system is back once again. So no waiting rounds as instead you wait between turns. The battle system is almost like Final Fantasy IV. The game brings back the character-class system. This means that you do not get the customization of the previous games. Meaning that characters like Vivi will pretty much always be a Black Mage and nothing else. Zidane will be a pure physical fighter. This is further by the fact that in this game you do not buy spells or find them like in previous games. Instead, you learn them by wearing equipment. Since certain characters can only wear certain equipment that means spells can only be learned by certain players. This goes doubles for abilities you can learn. Abilities are just like they were in Final Fantasy IX except you learn them through equipment as well.  This means that the characters are specialized for you rather than you choosing how to build a character.

This is incredibly lame. The previous games allowed more and more customization as time went on. Allowing you to really make a party that was yours. Why the de-evolve the gameplay back by a few entries will always confuse me. However, that’s fine. Final Fantasy IV’s gameplay was still awesome and fun. So even it is a few steps back the gameplay can still be fun. The game also adds the “Trance” System which is just a copy of the limit system from Final Fantasy VII. Only in this game the Trance system so rarely comes on that I barely noticed it. Also, you cannot choose when to use it as it automatically turns on once the meter is full. Yet another way for them to take a few steps back. At least in this entry, each character has their own Trance. Vivi can cast two Black Spells in one turn because of it. So it is not a total loss. Anyway, the story starts to unfold after escaping the very creatively named forest.

Brahne decides she wants to rule the world and conquers the neighbouring kingdoms. She is able to do that because she has super death robots called Black Mages. Something Vivi is not a fan of. So the first half of the game is you trying to stop this from happening.  At this point, all the characters have something at stake in this plot. For instance, Garnett wants to stop her mother from doing this and return to the mother she always knew. Vivi wants Alexandria to stop using his kind to conquer the world. So another Evil Empire trope however Final Fantasy always loves playing with tropes. Brahne is only able to build these death robots because of a guy named Kuja. Kuja, however, is an independent thinker. Kuja is actually using the queen to cause destruction of the world to further his ambitions. This all comes to head when Zidane and his group go to the Iifa Tree which is powering all of the death robots. Zidane destroys the source of all the power for the Death Robots.  It is only after this we see that Brahne and Kuja get into a dramatic fight and by dramatic fight, I mean dramatic slaughter. Kuja annihilates the Queen and her army with little effort. It is at this point the story really gets crazy and insane. (Well crazier)

Eventually, Kuja sets his sights on destroying Alexandria since all other kingdoms have been destroyed. He pretty much wipes the whole place down until Kuja’s master Garland stops him!  This causes Kuja to be really angry at Garland and causes him to plot a revenge plot. It is at this point Zidane go and try to stop Garland. They arrive at Garland’s place of residence and this is where the master plan is revealed.

Garland’s planet is dying. So to avoid this fate Garland is to combine Zidane’s planet and Garland’s planet together. This is problematic because it will destroy Zidane’s planet in the process. Zidane defeats Garland but not long after Kuja shows up and kills Garland himself. This is not before Garland tells him that Kuja will one day die and have a should from his planet take over Kuja’s body. Kuja grows angry about him dying and decides to destroy the world. A typical Final Fantasy villain thing to do. So eventually Zidane has to defeat Kuja again which he does. Only for another threat named Necron to come out as the truest villain of the game. He also wants to destroy the whole world. Zidane beats him too. (Actually, the final boss is pretty hard for Final Fantasy standards.) The game ends and we are treated with a very happy ending.

Keep in mind that my plot summary is the short version of an abridged version. I left a lot of details out.
This Final Fantasy plot is convoluted. Just how I like my Final Fantasy stories.

The main cast of Final Fantasy IX are all loveable. Not a single one is boring. All these characters have arcs to go through. You want to see them all evolve and become better people. This game perfects that so well and they interact seamlessly. The happy ending of the game is so great because the characters all have their arcs resolved. The characters are probably the best thing done in Final Fantasy IX.

In conclusion, Final Fantasy IX is a good game but it is not amazing. The story starts to fall flat in the 2nd half as it just isn’t as interesting. The places you explore tend to be a tad boring as they aren’t anything really new. The characters are done very well but the gameplay is a step back. The problem with this game is that it focuses on telling a great story first and gameplay second. It shows since this game has a high cutscene to gameplay ratio. This makes the game more of a slog to play. Final Fantasy IX may be a throwback but for me, it does not come close to the quality of the earlier games. The SNES trilogy of games will always be the gold standard with Final Fantasy VII being a nice sequel to it. Older Final Fantasy games balanced story and gameplay really well. This one does not.

Presentation - 6
This is a beefed up 5th generation game. A generation known to have badly aged graphics. The game looks decent. It is not terrible looking like Final Fantasy VII. The backgrounds, however, are blurry at times. Making it hard to really know where you are going at times.

Gameplay - 7
It has good gameplay. The problem is that the earlier games did this part so much better. This game just copies Final Fantasy IV system and added some things to it. The difference it that Final Fantasy IV's gameplay was more enjoyable.

Value- 8
You will definitely get your money's worth here. The game is about 35 to 40 hours. The game itself is fun enough to play through the end. Even at $21 this game is still worth it. However, there are better RPGs to play.

Overall - 7 (Good)
The game is good. It does what it needs to be done just fine. I might play it again one day but its constant barrage of cutscenes will make it harder to come back to. Replayability is lower than the previous games.