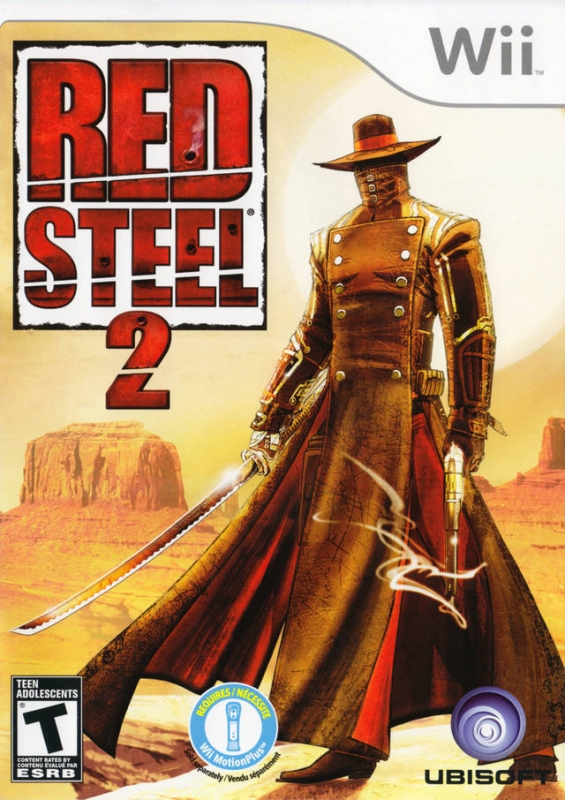 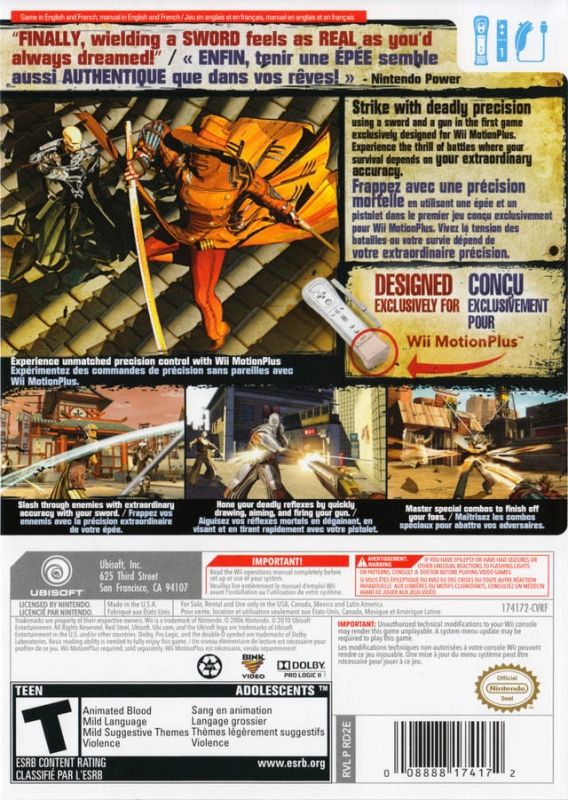 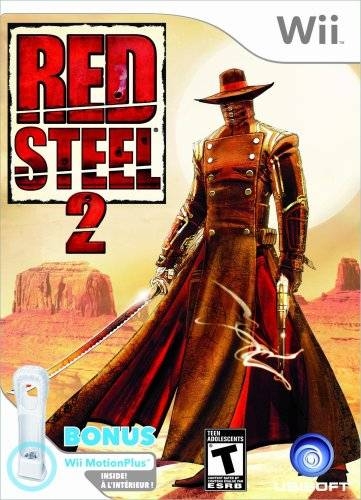 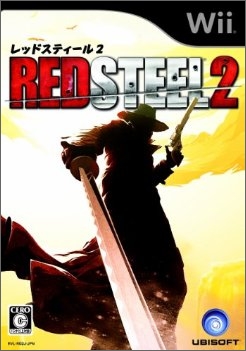 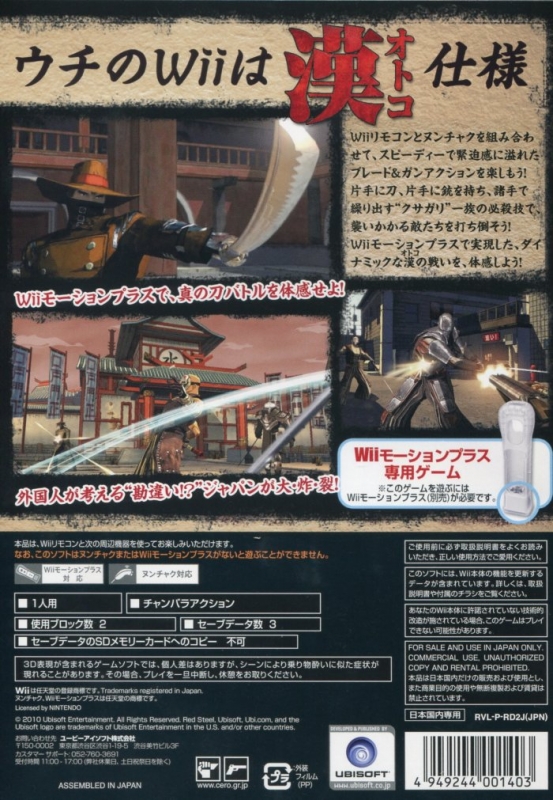 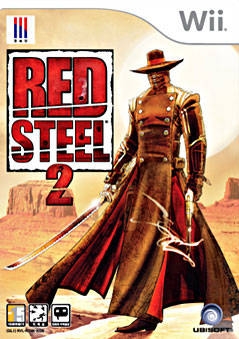 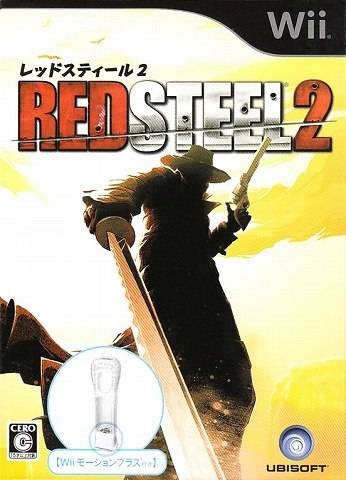 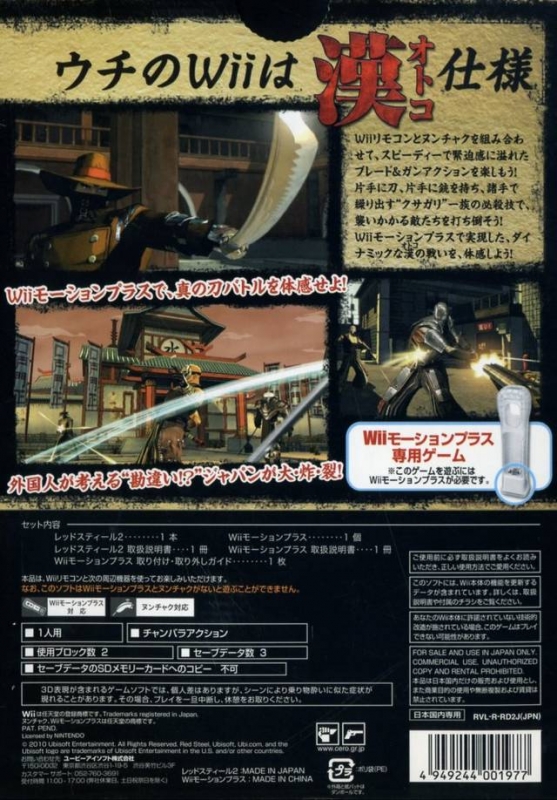 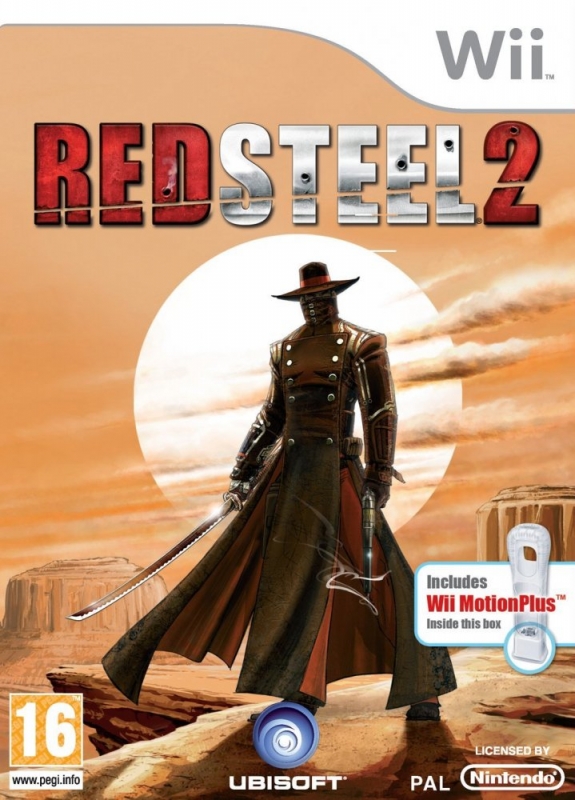 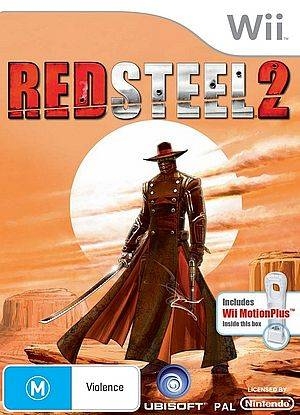 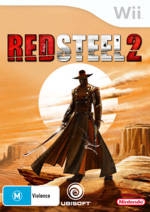 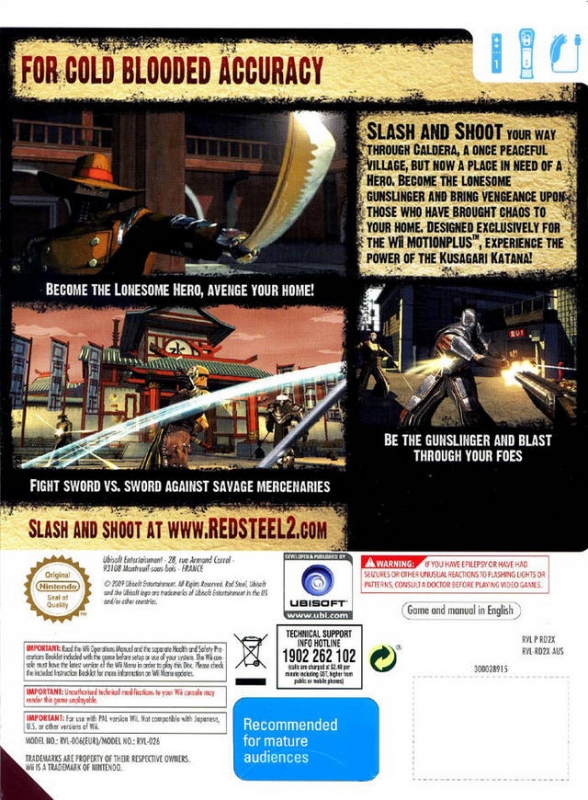 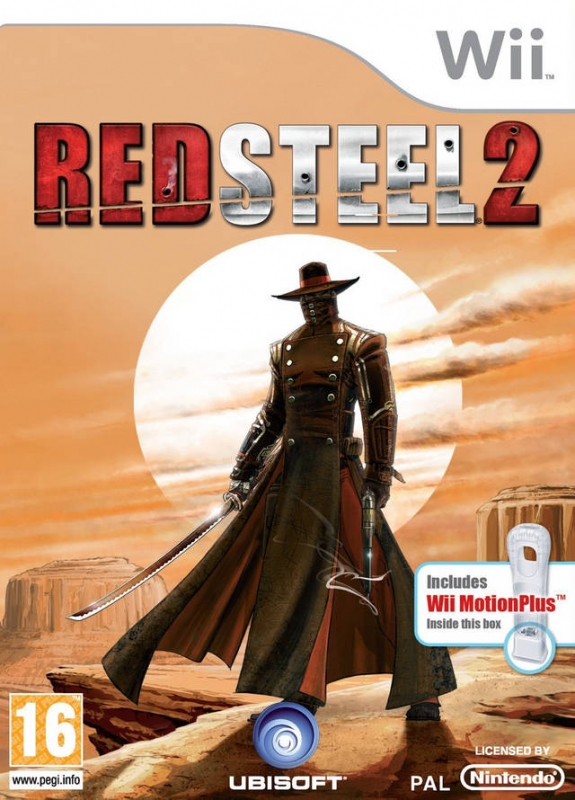 Presentation - 9.0
Gameplay - 8.0
Value - 5.5
Red Steel 2 features some great sword-fighting, but it leaves quite a bit to be desired.

One must wonder why Red Steel 2, Ubisoft's latest Wii-exclusive offering, is named that. The original Red Steel, launched at the beginning of the Wii's lifespan, was not very well received. Despite eventually selling a million copies, most gamer's experience with it was largely disappointing, mostly due to clunky gunplay and generally wonky controls. Its successor also has seemingly nothing to do with the first, completely forgoing the original plot, setting, and art style for a completely different experience. Whatever the reason for keeping the same name, whether it's to give the franchise another shot at success or just to attach a known name for easy sales, Red Steel 2 manages to be an enjoyable, if unremarkable, experience that hasn't quite been done before in gaming.

It only takes a few seconds of watching even the opening cutscene to quickly understand the basic concept of Red Steel 2: You are a nameless outcast of a clan of protectors (first introduced as the unlucky participant of a motorcycle-dragging across the desert) in a world where Feudal Japan and the Old West collide. You return to Caldera, a thriving city in the middle of the desert, to find that a clan war has erupted, and everyone in your clan except for you has been wiped out. Thus begins a quest of vengeance to find the person responsible for the destruction of your clan.

This quest for revenge really isn't Red Steel 2's strong point. The storytelling is rather cliched and unremarkable in almost every way. The characters that the nameless swordsman speaks with are hardly memorable and have no real impact on the actual gameplay. It doesn't help that the voice-acting isn't that great, either. Though not terrible, none of the actors put on a particularly memorable performance, except for Payne, who's acting comes off as more than a bit over-the-top.

The rest of the presentation, on the other hand, is where you can tell that the developers put a respectable amount of attention into. Red Steel 2 is easily one of the best looking games on the Wii to date. Using a sharp cel-shaded art style, every part of the game is a pleasure to look at. Caldera, the main town, is a stylish mix-up of Western and Eastern culture, tossing in elements from the past and the present to make a visceral and interesting world, despite being nearly devoid of all life. In one chapter, you could come across vending machines, dojos, old-timey general stores, saloons, high-tech military gear, and neon billboards written in Kanji.  The music is also well-done, seamlessly blending Western and Eastern instruments to create a soundtrack that complements the detailed, yet empty, environments.

[img]http://www.wiichat.com/wp-content/uploads/2009/10/RedSteel2-wii.jpg[/img]
Red Steel 2 is one of the best-looking Wii games to date.

What separates Red Steel 2 apart from other games is the controls. Arguably the first definitive use of the Wii MotionPlus since WiiSports Resort, Red Steel 2 uses the Wii Remote like a sword. You swing the Wii Remote to swing the swordsman's katana at the baddies, and the strength and direction of the swing depends on how hard and where you swing the Wii Remote. The amount of motion needed to generate a strong swing can be switched at any time, which is always a good thing. Although played from a first-person perspective, Red Steel 2 could hardly be called an FPS. Gunplay is involved, but for the most part, you're encouraged to use your sword to take out enemies, as doing so will give you more money, and is usually more satisfying. It's not a complete 1-to-1 motion experience; much of the attacks are pre-rendered animations rather than the actual swing you put in. However, this is nothing to be disappointed about, as the swordfighting is arguably one of the best uses of motion controls yet. There's just something to defeating enemies through your own physical effort that simple button-pressing can't replicate.

It's a good thing that the swordfighting is pulled off well, as it comprises nearly all of the gameplay in Red Steel 2. Much of your time in the game is spent running around one of a few small overworlds, accepting missions, finding hidden areas with safes and tokens, and taking out bad guys. The game unfolds very linearly, as you can only take one mission at a time and most areas of the overworld are blocked until you've progressed far enough. Aside from hunting down wanted posters and comm towers, there isn't a whole lot to do in these overworlds except continuing through the main story. You can purchase new weapons, upgrades, and abilities as you acquire money from defeating enemies and finding tokens, safes, and sheriff stars. Some of the upgrades, including new finishing moves and defensive attacks, come in handy during the later levels (and are just plain impressive to look at).

This gameplay does well at making a good first impression, but ultimately it evolves very little by the end of the game. This is where Red Steel 2's biggest problem comes into play: There is no point where the game ascends from a good experience to a great one. The gameplay and presentation are nicely polished, but there are aren't any real moments where these elements fully realizes their potential and deliver a moment that will leave you saying "wow". At times, the game comes off as more of a glorified tech demo than a full-fledged video game. This is not to say the game is bad, but it does beg the question of what really could have been possible with the addition of the Wii MotionPlus.

None of this is to mention the overall lack of content. Red Steel 2 is not a very long game; it should take most players under 10 hours to complete the main storyline. After doing so, the only real extra content the game offers is the challenge mode, which has you go through the individual chapters of the game again with the upgrades you have attained thus far to make as money as possible. Your reward for doing well in the challenge mode is merely some extra money in the main storyline, which is rather pointless by the time you've reached the end of the game. On it's own, this would be a relatively minor complaint, but Red Steel 2 is not exactly the kind of game that encourages multiple playthroughs. Add this with the short length, and it becomes rather difficult to recommend for the standard $50 price point.

In the end, Red Steel 2 is a good game, but by no means is it a great one. The gameplay and graphics are more polished than what you can find in a majority of Wii games, but it doesn't match the highs of some of the best to be found on the console. Still, Red Steel 2 makes for a very solid weekend-rental kind of game. Just think twice before you decide to shell out $50 for it.