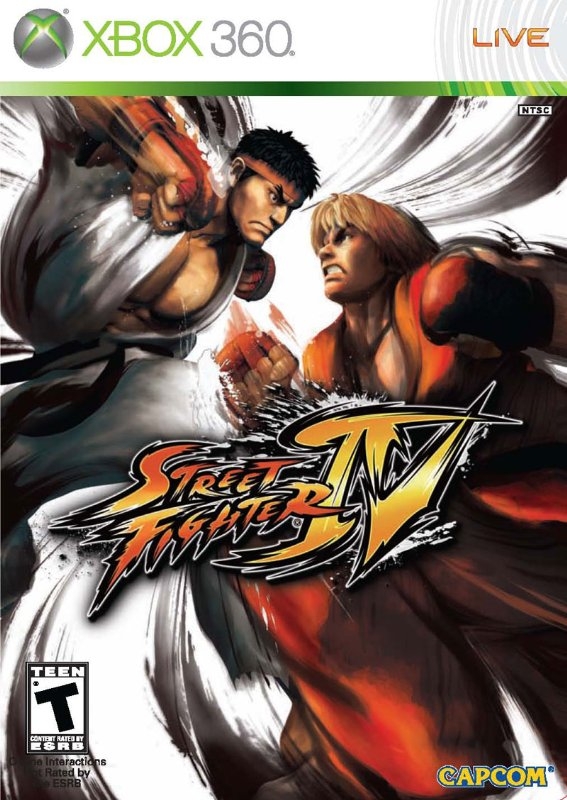 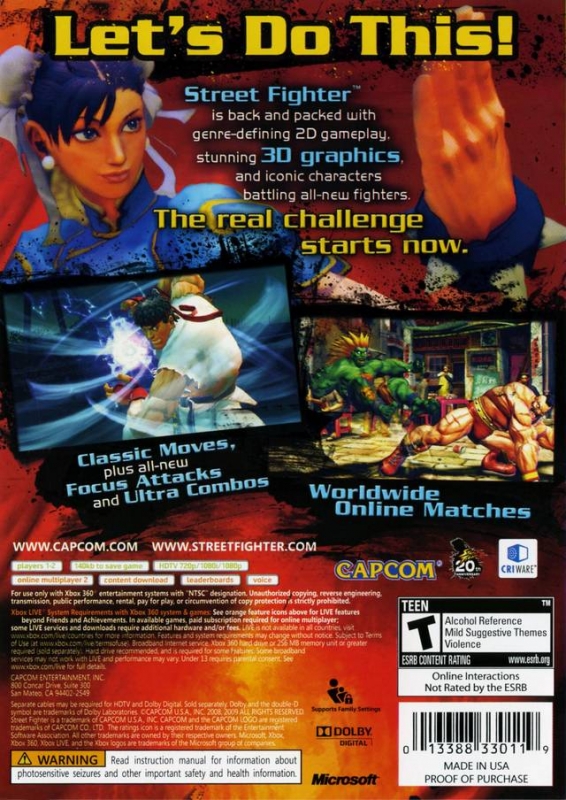 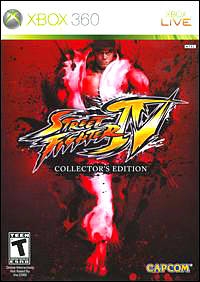 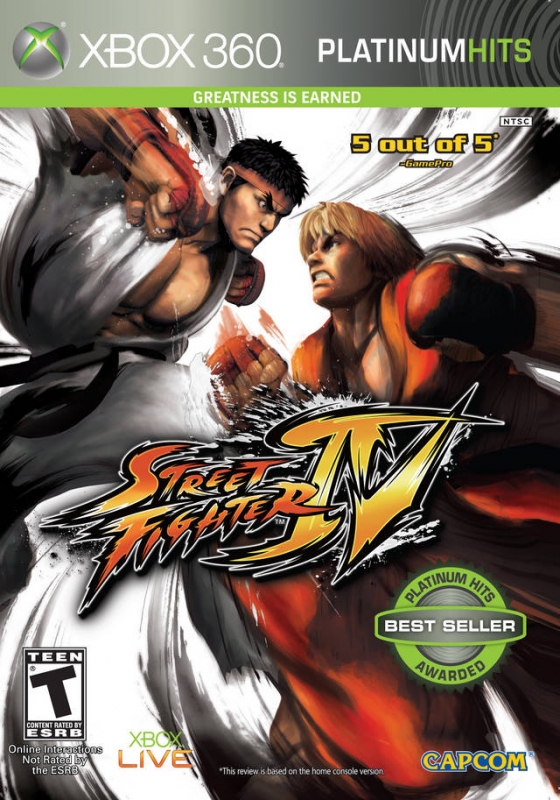 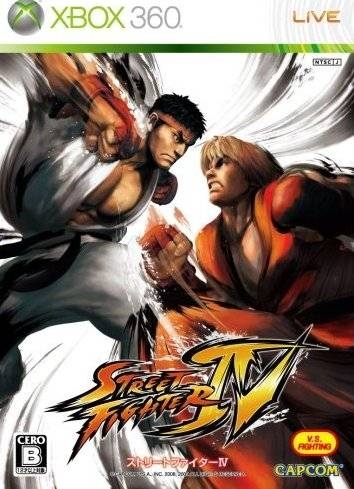 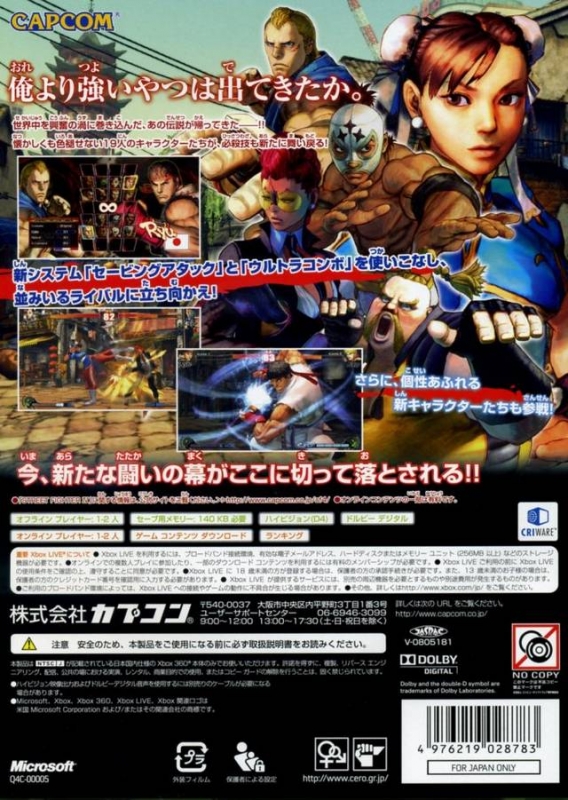 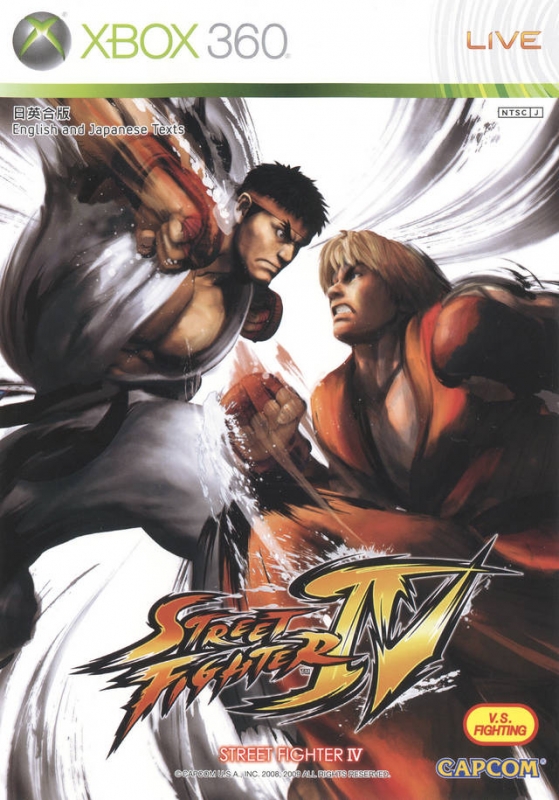 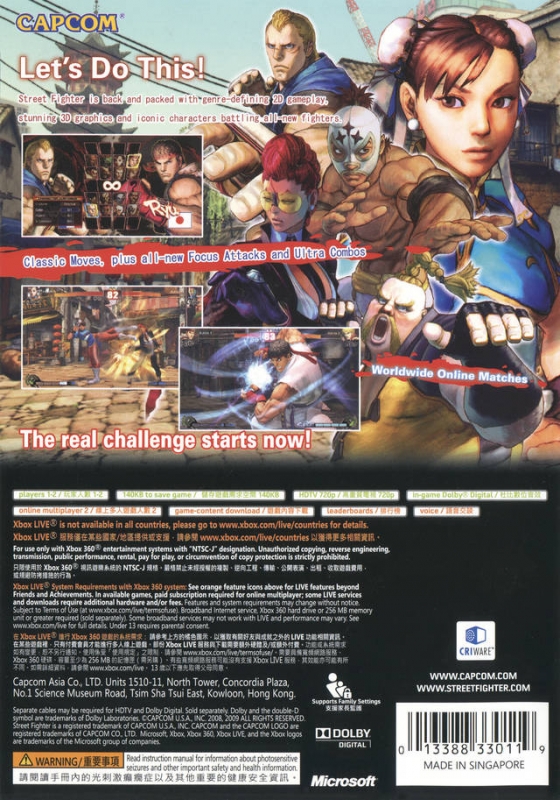 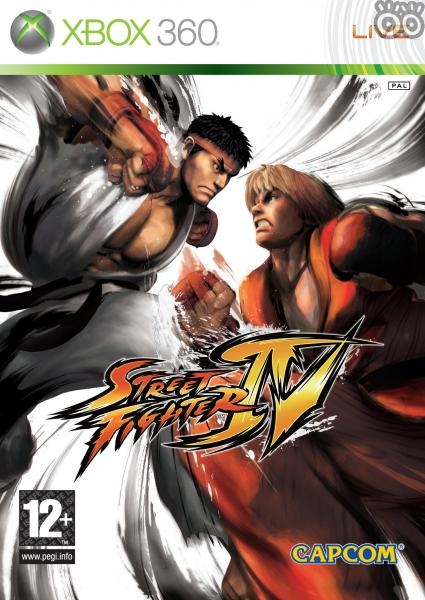 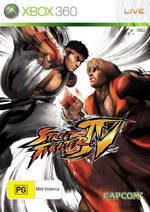 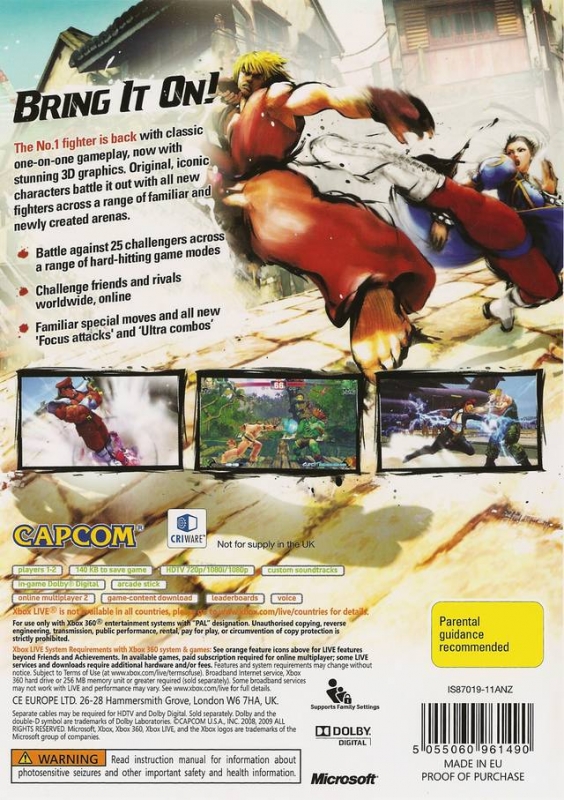 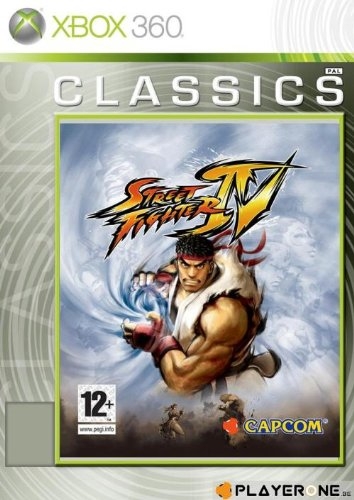 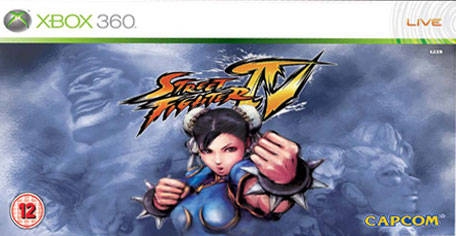 Presentation - 9.0
Gameplay - 9.0
Value - 9.5
Hadouken! Shoryuuken! If you had somehow gotten these words purged from your mind, I can assure you that after playing Street Fighter IV, they're never going to leave you again.

More than 10 years after the third installment, Street Fighter IV arrives on the scene. Some might say it's fashionably tardy, while others will claim that it's too little too late. Keep reading for an insight into the latest installment of what is quite possibly the biggest fighting game franchise ever.

As you start up the game, you will be treated to a selection of 16 different characters to choose from. Most modes are open from the get-go, and the game is your oyster, so to speak. There's the traditional Arcade Mode, which also serves as a Story Mode, the VS Mode where you can square off against a computer-controlled opponent or one of your friends locally, there's Challenge Mode, where you can try out Survival, Time Trial or character-specific combo challenges. You can also duke it out with friends or strangers online if you please. All in all, there's a variety of modes to try out.

To start off, let's make a quick overview of the story. The story is largely told in animated cutscenes that very clearly have lower production value than they should have, and one is left puzzled as to why they didn't simply use the in-game engine for these scenes. It doesn't matter much, though, as these scenes aren't very long and really don't add much to the story or the game in itself.

Graphically, Street Fighter IV certainly has its own style. With brush-stroke animations accompanying certain moves, the designers of the game seem to have been striving to make the game look like a water-colored painting come to life. The game is so-called 2.5D, meaning that while the character models are rendered in 3D, you can only actually move in 2 dimensions. This keeps it in line with most of the earlier games in the franchise. While a few Street Fighter games did try their hand at proper 3D, they were not received very well and were subsequently forgotten pretty quickly.

There are several stages in the game, though they don't affect the actual fights at all. The only thing that changes depending on what stage you pick is what pretty background you have to look at, and the music that'll be playing during your fight. Each stage is accompanied by its own music track, and there are also character-specific themes that will play during "rival battles" in Arcade Mode. Some tracks are remixes of classic themes, while others are completely new.

Regarding voice acting, it brings with it one very interesting option. It's become fairly commonplace to be able to choose between Japanese or English voices, at least in fighting games, but in Street Fighter IV, you get the option to choose Japanese or English voicework for every single character. So if you like most of the English voices, but despise a few, you can switch those particular voice tracks from English to Japanese while keeping the ones you like in English. It's a pretty nifty feature that should be very much appreciated.

Overall, Street Fighter IV is very much a multiplayer-centric game. While you'll have to battle through Arcade Mode on your own to unlock characters, and there are lots of combo challenges and extra modes to keep you going on your own, the main focus of the game definitely lies within the multiplayer aspect of it. With online added to the game, it opens up a whole world of new possibilities. Sadly, it also opens up a lot of new frustrations. It's easy to search for an online game for a very long time only to, when you've finally found an opponent, have him disconnect on you midway-through because he's getting his ass kicked. Also, online is littered with the same characters from many players (Ken, anyone?). Though I personally think it would be unfair to blame such issues on the game when they are rather issues with the community playing the game.

Street Fighter IV is an attempt to recapture the hearts of all old Street Fighter II-fans, and doesn't do much to bring in new audiences. If you haven't played much Street Fighter before, chances are pretty high you won't feel compelled to get into this game either. Personally, I think it'd be a mistake not to. I was never really a Street Fighter fan, but I've had a blast with Street Fighter IV. The polished gameplay and engaging atmosphere really pulls you in, especially if you have friends who also have a passion for gaming.

Story: There really isn't much to be found here, but playing a fighting game for story doesn't sound like such a good idea anyway.

Graphics: They have their own style, and they look great. The main thing of the game isn't really the graphics themselves though, it's the animation and flow of the game that makes it all so living.

Gameplay: Very reminiscent of the Street Fighter II-gameplay that so many people love, this is definitely a jackpot. Very solid gameplay for a very solid fighting game.

Sound: The musical composition fits perfectly with the mood of the game, and most of the voice acting is pretty high quality. The main theme song for the game, though, is ... Very unique. And not in a good way.

Multiplayer: Multiplayer is what the game was made for, and it's a blast to play against a friend or trying to beat someone on the other side of the world online. I haven't had much trouble with lag, either.

Fun Factor: Street Fighter IV is a game where you'll think you've played for 5 minutes, then you'll check the clock and see you've actually been playing for 5 hours. Time sure flies when you're having fun.