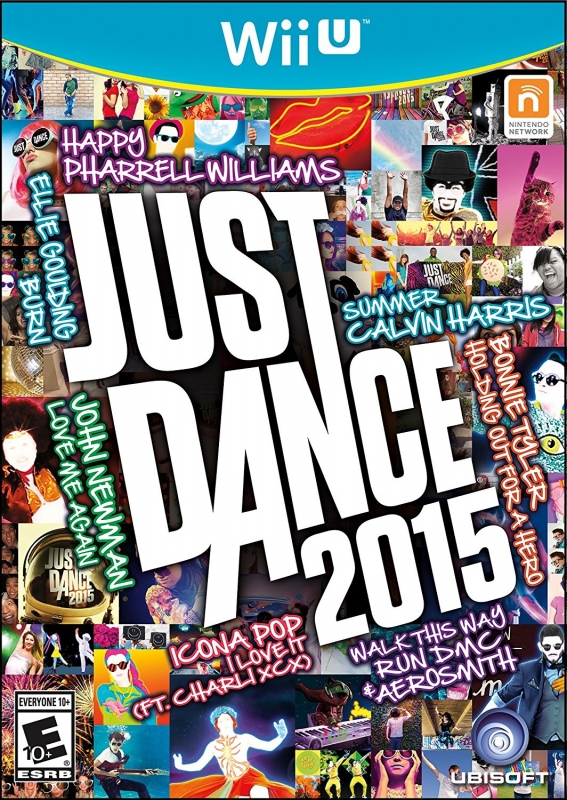 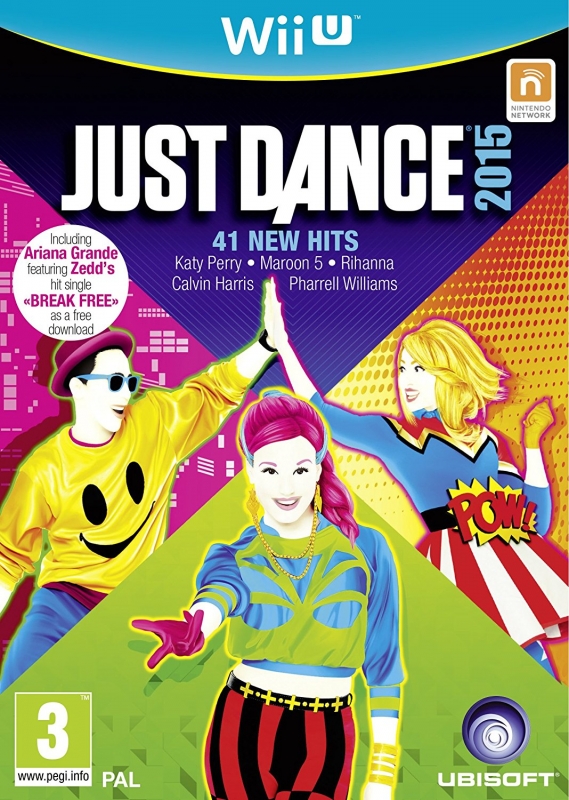 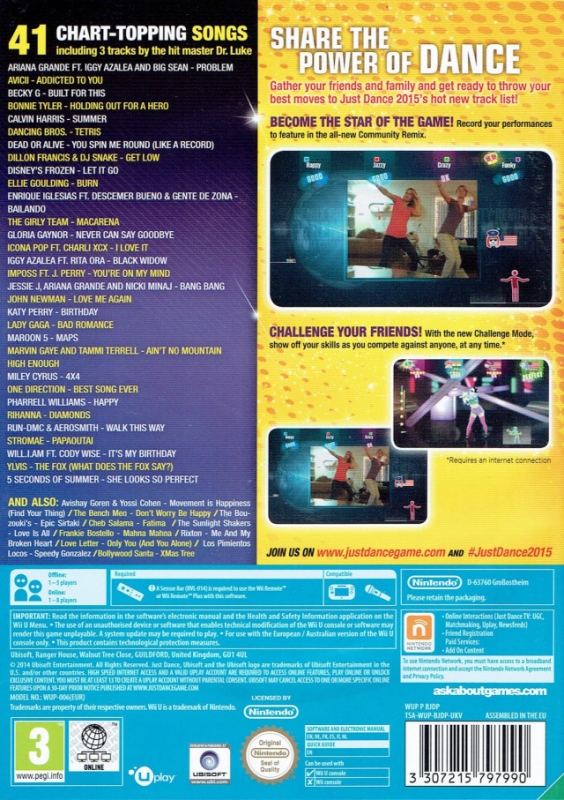 Just Dance 2015 is the latest, most awesome-filled version of the world’s #1 dance game! Bringing new moves and game modes to over 40 top tracks, Just Dance 2015 features hit songs like “Bang Bang” by Jessie J, Ariana Grande and Nicki Minaj, “Black Widow” by Iggy Azalea Ft. Rita Ora, and legendary favorites like “Walk This Way” by Run-DMC &amp; Aerosmith plus many more. There are a million reasons to play and a million stories to be created with Just Dance 2015!