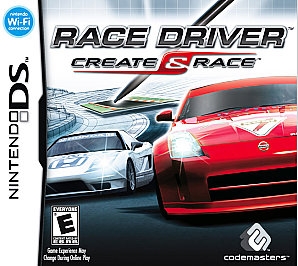 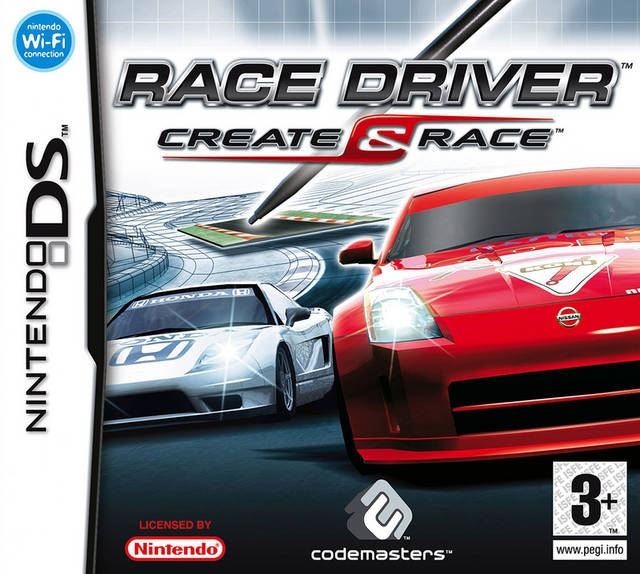 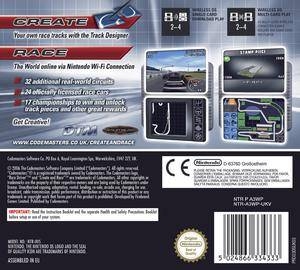 Race Driver™: Create & Race™ has been designed from the ground up for Nintendo DS™ and lets players thrash the most formidable sports cars through closely-fought races on the world’s most prestigious circuits...and then lets players create their very own circuits with a full track construction kit.


Using the stylus, the game’s track editor lets players select and place race track elements, such as hairpin corners, long straights and chicanes, to design unique circuits. Once all the pieces are placed to perfection, players can take to their track and experience exactly what it’s like in aggressive multiple car races.

In addition to the track editor, the game features 32 real-world circuits – from Silverstone and the Nϋrburgring to Bathurst – and 25 officially licensed race cars, including the Koenig GT, the AMG Mercedes C Klasse DTM, and the Chevrolet Silverado Truck.

Making use of the DS’s Wi-Fi capabilities, players can challenge others to races on the game’s official tracks as well as the circuits of their creation. Race Driver: Create & Race also enables up to four players to go head-to-head in races gamesharing from only one cartridge. Further championships and cars can be unlocked from the World Tour Mode and then raced in realtime online and ad hoc multiplayer modes.
Codemasters.