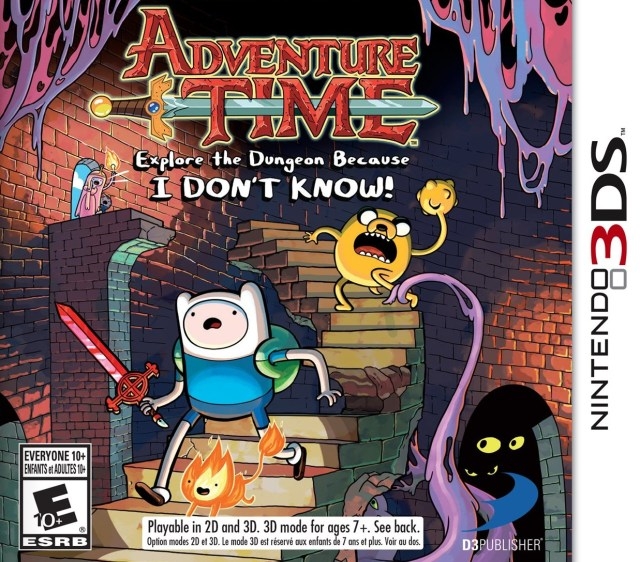 Adventure Time: Explore the Dungeon Because I Don't Know! (3DS)

Princess Bubblegum summons Finn and Jake to the Candy Kingdom to investigate a rash of thefts and kidnappings that have plagued her kingdom. She thinks the cause lies within her Secret Royal Dungeon, where only the nastiest monsters and criminals are locked up. If they’ve found a way to escape, the Land of Ooo will be in danger! Following the mathematical, algebraic, and radical success of 2012’s Adventure Time: Hey Ice King! Why’d You Steal Our Garbage?!!, show creator Pendleton Ward teams up with developer WayForward in the all-new action game Adventure Time: Explore the Dungeon Because I DON’T KNOW!, and team up with your friends in four-player co-operative multiplayer as the Adventure Time world comes to life through beautiful pixel animations, and voiceover from the original cast.